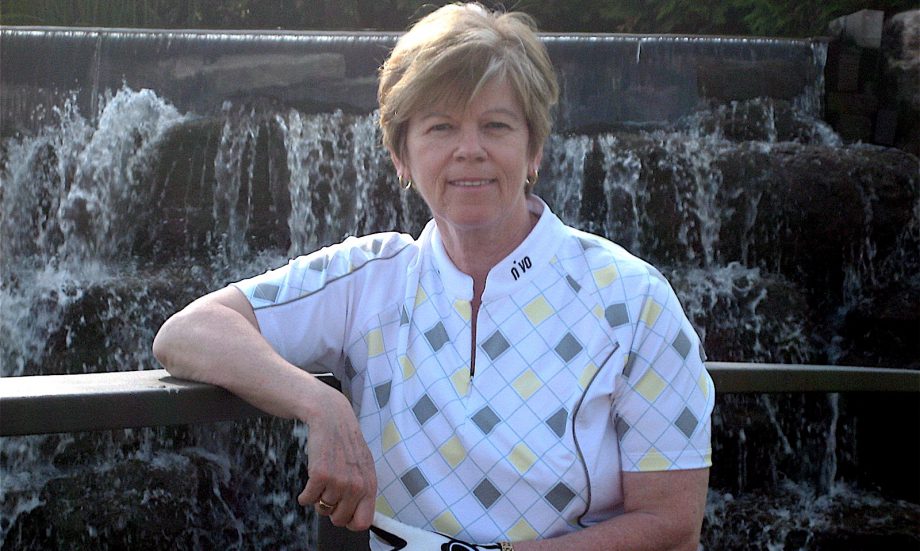 Jocelyne Bourassa
TORONTO – A living legend of women’s golf in Canada – Jocelyne Bourassa – was among 11 to be officially inducted into Canada’s Sports Hall of Fame on October 21, 2015.
Bourassa established herself as one of the top golf athletes and builders in Canada.  Jocelyne was a Université de Montréal graduate, who played on the men’s golf team since there was no women’s team, making a lasting impression that would drive her desire to support female golfers.  In her playing career she won three Québec Junior crowns in a row (1963, 1964 & 1965), four Québec Amateur championships (1963, 1969, 1970 & 1971) and was a member of Québec’s provincial teams on eight occasions between 1962 and 1971. Jocelyne was also successful nationally, capturing two Canadian Open Championship crowns (1965 and 1971) and was runner-up in 1968. Internationally, she won the Scottish Girls title (Scotland, 1967) and the New Zealand amateur crown in 1971 and was a member of Canadian teams in the 1970 World Championships and 1971 Commonwealth Matches. In 1973, Jocelyne became the only Canadian to have ever won an LPGA event on home soil before being forced to end her playing career due to a knee injury in 1979.

Jocelyne’s contributions and commitment to golf have gone well beyond her outstanding athletic career to have been one of golf’s exemplary builders. Bourassa championed the development of women’s golf

Jocelyne is a role model and mentor to women golfers across Canada and has served as a senior consultant with Golf Quebec helping to champion Golf Canada’s Golf in Schools program. Golf Canada also created the Jocelyne Bourassa Player of the the Year Award, in recognition of her tremendous contribution to the game of golf, that is given annually to the Canadian Women’s Tour player who is the top finisher on the Tour’s Order of Merit. Jocelyne became a Member of the Order of Canada in 1973.