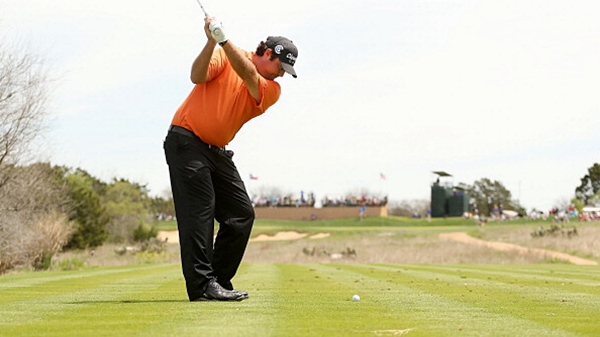 SAN ANTONIO – Steven Bowditch opened a three-stroke lead Saturday in the Texas Open, while Phil Mickelson withdrew after 10 holes because of a pulled muscle in his right side.

Bowditch, the 30-year-old Australian seeking his first PGA Tour title, shot a 4-under 68 to reach 12 under at TPC San Antonio. Matt Kuchar and Andrew Loupe were tied for second. Kuchar shot 65, and Loupe had a 70.

“I’ve won four or five times on between Australia and Web.com,” said Bowditch, who would get into the Masters with a victory. “I’ve got a little experience, but not a great deal, especially at this level. I’ve never slept on a lead, so we’ll see how we go.”

Mickelson withdrew after pulling the muscle teeing off on No. 1 – his 10th hole of the round. He hopes to play next week in the Houston Open, the last event before the Masters.

“I pulled a muscle on my downswing trying to hit it hard,” Mickelson said a statement. “It just killed and it wouldn’t subside for 10 or 12 seconds. I’m going back to San Diego (for) a couple of days and have a doctor look at it, but there’s really not much you can do for a pulled muscle. I hope I’ll be OK to play the Shell in Houston, but I just don’t know.”

Lefty was 1-over par in the round and 4 over overall when the three-time Masters champion was taken off the course in a cart. His caddie, Jim Mackay, said Mickelson felt a twinge on his tee shot on No. 1.

“It’s definitely not his back,” Mackay said. “It’s his right side. The thing he had been talking about is how good his back had been feeling here. He’ll definitely play Houston, if he can.”

It’s the second time this year Mickelson has withdrawn in the middle of a tournament. He pulled out at Torrey Pines after making the cut because of a back injury.

On Friday, Mickelson made the cut on the number, following an opening 77 with a 70.

Bowditch, ranked 339th in the world, chipped in at the first two holes, for birdie at No. 1 and an eagle at the par-5 second. He drove to chipping distance at the 338-yard fifth hole and made a 4-foot birdie putt.

“(The chip on the first hole) calmed my nerves a little bit,” Bowditch said. “It was as easy a chip as you’re going to have out here.”

He cooled after that when he missed the green at No. 9 and bogeyed, then strung together pars until he drove close to the at the 324-yard downwind 17th. He chipped inside a foot and tapped in for birdie and kept his two-stroke lead when Loupe matched the birdie.

Loupe closed with a bogey.

Kuchar, a six-time winner on the tour, had the best round of the week. He holed out the greenside bunker on No. 1.

“Still surprised to be at 7 under today,” Kuchar said. “It’s not a score I would have thought was out there with these sort of (windy) conditions.”