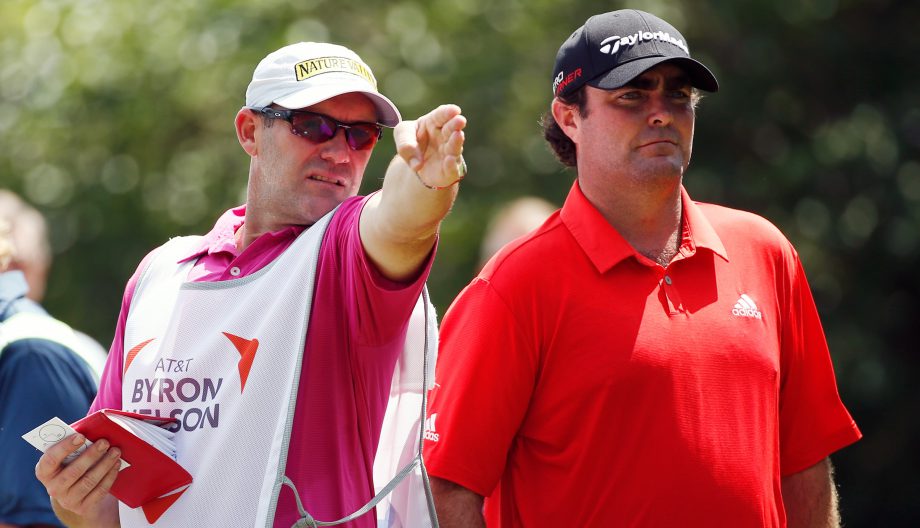 The Australian matched his low round on the PGA Tour with an 8-under 62 on Thursday to take a two-shot lead over another Texan, Jimmy Walker. Spieth was seven shots back in his first round as Masters champion in the event that gave the Dallas player his start as a 16-year-old amateur in 2010.

Bowditch, who moved to the Dallas area 10 years ago, has made the cut just once at the Nelson _ in his debut in 2011, when he tied for 60th after a third-round 80. He didn’t make it to the weekend each of the past three years at TPC Four Seasons.

The 31-year-old missed the cut last week at Colonial in Fort Worth, which is a little farther from his home in the suburb of Flower Mound and he says doesn’t have quite the “hometown” draw as the Nelson for Bowditch’s family and friends.

“It’s starting to feel that way, to be honest. Starting to get a lot more ticket requests,” said Bowditch, whose only PGA Tour win was the 2014 Texas Open in San Antonio. “You always want to play well, but I guess it is a little more special when you have everyone around that only get to see you play golf once a year.”

The Nelson had the hometown feel for Spieth the moment he stepped to the 10th tee as a high school junior five years ago, when he tied for 16th as the sixth-youngest player to make the cut in a PGA Tour event. He returned as a rising star after his win at Augusta, frequently tipping his cap to large galleries that even cheered as he walked onto greens.

“It feels different when I tee off now versus when I was out there then,” said Spieth, who has finished second at all three Texas events this year, including Colonial. “Obviously, off the course I prepare hard for this and would like to play well and get in contention. But when I’m inside the ropes, it’s just another week. Back then, it was the biggest tournament I’ve ever played in.”

James Hahn and Dallas resident Ryan Palmer shared third at 65, and 2011 Nelson champion Keegan Bradley was in the group 66. Danny Lee aced the par-3 17th with a 5-iron from 190 yards and was tied for ninth at 67.

Defending champion Brendon Todd, playing a group ahead of Spieth, had just one birdie and shot 72.

Despite an opening birdie, the 21-year-old Spieth couldn’t get the warm greetings to escalate on a mostly sunny but soggy course that has absorbed about a foot of rain in less than three weeks. Players were allowed to lift, clean and place their golf balls in the fairways.

Spieth didn’t give himself many good chances for birdie, and let a couple get away in the last three holes by missing short putts while playing with Justin Thomas, his friend and opponent in the 2012 NCAA team final when Spieth led Texas over Alabama. Thomas opened with an even-par 70.

A grim-faced Spieth tossed his putter toward his bag after not even catching the lip from 8 feet on 16, but was generally upbeat after the round.

“I just didn’t give myself enough looks inside of 15 feet today,” said Spieth, who won the Valspar Championship about a month before the Masters. “That’s the only reason I’m at 1 (under) and not better. I felt comfortable driving the ball and striking it.”

Bowditch made three putts of 24 feet or longer while shooting a 30 on the front nine and had the last of eight birdies in a bogey-free round with a 6-foot putt after a long bunker shot at the par-5 16th. His previous best round at the Nelson was a second-round 65 that helped him make his only cut four years ago.

“Probably my best putting in the way of longer putts made,” said Bowditch, whose other 62 was in the final round of the 2011 Viking Classic in Mississippi. “I typically don’t make a lot of longer putts.”

Walker, who picked up his second win of the year in March not far from home at the Texas Open, birdied four of his last five holes. All of the putts were inside 10 feet.

“I’m a Texas guy and lived here a long time, so yeah, winning in Texas is cool,” said Walker, a five-time winner who is second to Spieth in FedEx Cup points. “It was a nice finish. Good iron shots.”

Hahn, also starting on No. 10, was 6 under with six holes to play but had a pair of bogeys before a finishing birdie.

Canadians Graham DeLaet, Adam Hadwin and Austin Connelly – a Dallas-born dual citizen who is a member of Team Canada’s National Squad – were all in a tie for 33rd place after shooting 1 under.