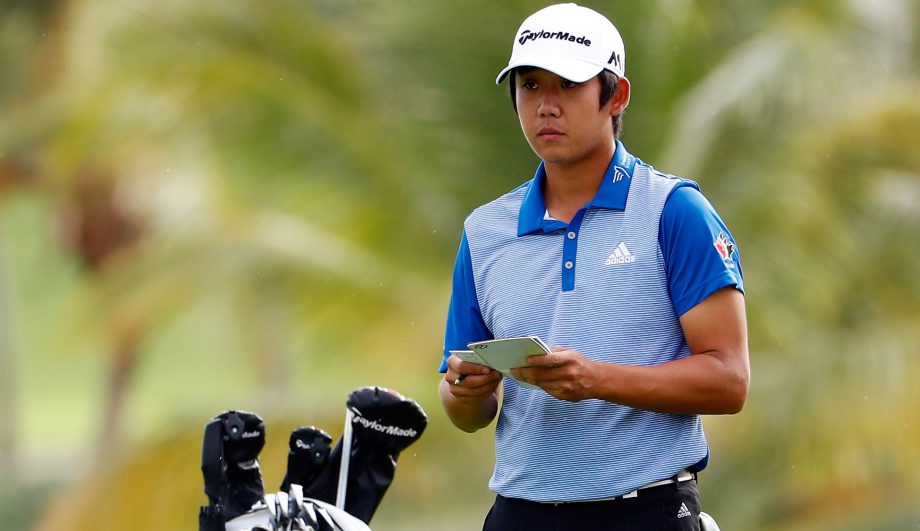 The 25-year-old former Auburn player closed with a 4-under 68 for a four-stroke victory over Roberto Diaz, Sam Ryder and Blake Adams.

“This is a big relief. I really wanted to win this year,” Bozzelli said. “I think I’m pretty close to locking up that card. A huge weight has been lifted off my shoulders. I’m going to enjoy this one for sure, but I’d like to try and get another one. … The goal was to get onto the PGA Tour. Getting this win changes things. The win will help my confidence. I think the sky’s the limit from here.”

Diaz shot 68, Ryder 69, and Adams 72. Jeff Gove and Team Canada Young Pro Squad member Albin Choi each each shot 67 to tie for fifth at 19 under.

Bozzelli three-putted for bogey on the par-4 18th, his first blemish in 37 holes.

After tapping in for the victory, Bozzelli was greeted by father Dominic, mother Susan and sister Bianca.

“I wouldn’t be here if it wasn’t for their support,” Bozzelli said. “To have them here to see that first one was really special. It’s definitely a week we won’t forget.”