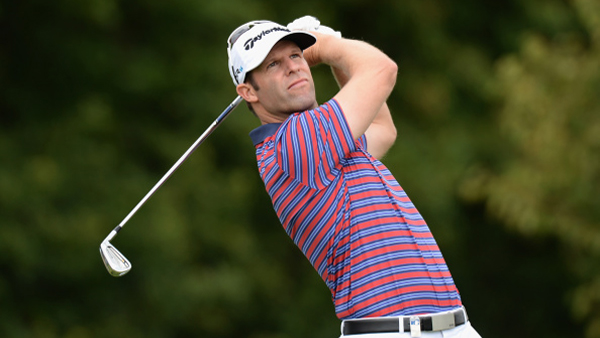 VYSOKY UJEZD, Czech Republic  — Bradley Dredge shot a flawless 6-under 66 Saturday to take a two-stroke lead after the third round of the Czech Masters.

The Welshman, seeking his third European Tour victory, produced six birdies for an overall 12-under 204 at the Albatross Golf Resort near Prague.

“It wasn’t my best ball-striking round but it was a good scoring round, that’s for sure,” said Dredge, who finished second last week at the Made In Denmark event. “I’ve had no bogeys since the first day and it’s nice when you do that. All the birdies count then and I’ve been delighted with the last two rounds so if I can do that again tomorrow I would be over the moon.”

His countryman and second-round leader Jamie Donaldson shot a 71 to sit tied for second with Soren Kjeldsen of Denmark (68), still on course to secure a spot on Europe’s Ryder Cup team.

Donaldson opened with an eagle on the par-5 first hole, but had a double bogey on the eighth and three more bogeys in his worst round of the tournament. He needs a top-seven finish guarantee a spot in next month’s match against the United States.