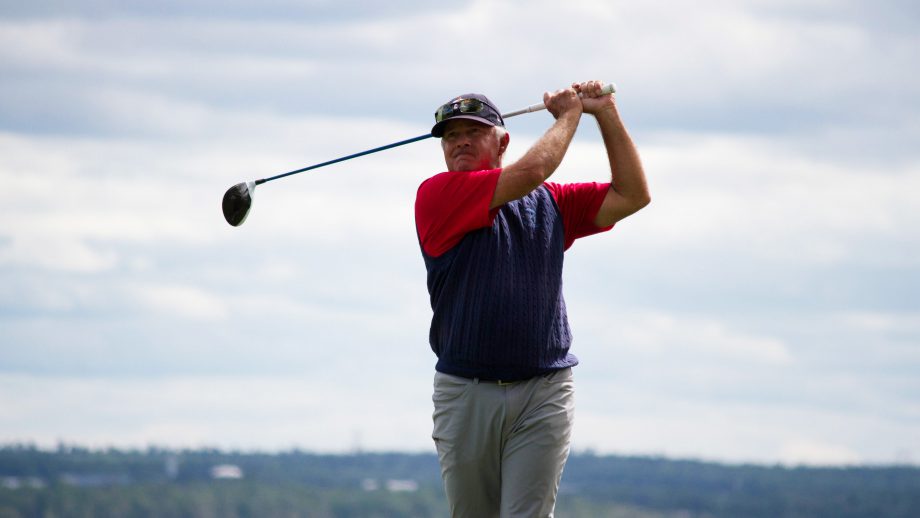 Bathurst, N.B. – Brady Exber edged closer to winning his first Canadian Men’s Senior title on Thursday, firing his third-straight round in the red at Gowan Brae Golf and Country Club to take a 9-shot lead heading into tomorrow’s final round.

Exber carded a 6-under-66 to tie the tournament course record at Gowan Brae, which was originally set in 2005. His bogey-free round  was highlighted by an eagle and four birdies.

“I’m very happy, it was an unreal round,” smiled Exber. “I got off to a good start, birdied one, chip in for eagle on two, so that was a good start. I just kind of felt really good today off the tee, with the driver and three-wood. I think I only missed one fairway.”

The Las Vegas Golf Hall of Fame member’s only miss hit was on hole 18. He hit a 7 iron off the fairway and the ball bounced off the cart path, about 30 feet in the air, and landed on the green about 8 feet back of the hole.

“I just tried to hit a little easy 7 iron and I caught it thin and you know it just hit the cart path,” said the 62-year-old. “You know what, I have to say, with as good as I played today, sometimes it’s just your day. Today was just my day.”

Canadian Golf Hall of Famer, Doug Roxburgh, maintained his lead in the Super Senior division despite carding a 79 on Thursday.

“I didn’t really play very well on the back nine, missed some short putts, and totally lost focus. I’ve got to re-group for tomorrow,” the Vancouver native sighed. “I gave back nine shots in the last 14 holes.”

Sitting one stroke back of Roxburgh is Michel Roy from Québec City, who sits 9-over-225 for the tournament.

The Canadian Senior Men’s Championship continues Friday with the final round beginning at 8 a.m. ADT.