Branden Grace opens with 63 to lead in Shanghai 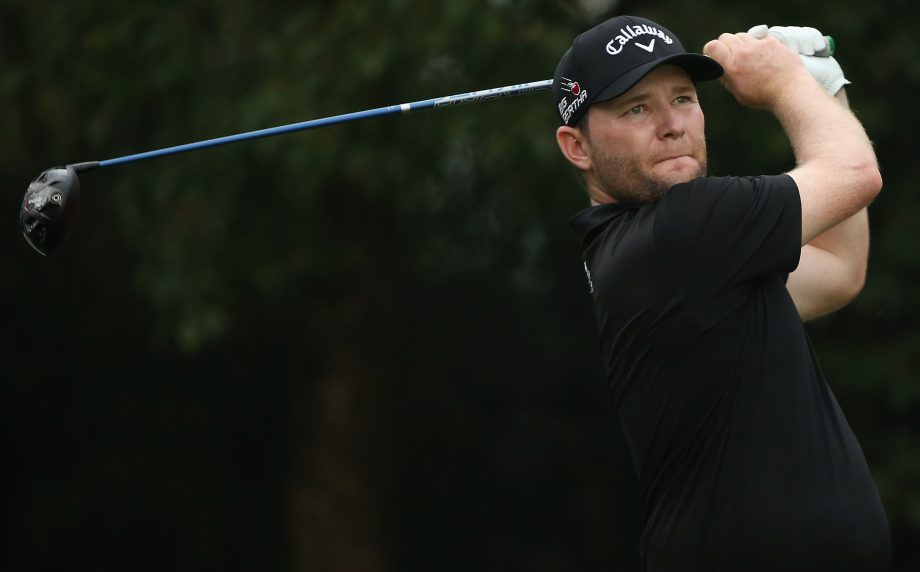 SHANGHAI – Rory McIlroy finally climbed out of bed 10 pounds lighter from a bout of food poisoning and made six birdies for a 68. Jordan Spieth returned from his longest break without touching his golf clubs. He also had six birdies in a round of 68. Both felt good about their start Thursday in the HSBC Champions.

It just wasn’t enough to be anywhere near the lead.

Branden Grace of South Africa, a month removed from his sterling performance in the Presidents Cup, made birdie on half of his holes at soft, vulnerable Sheshan International for a 9-under 63. It was the lowest opening round in the 11-year history of this World Golf Championship.

And all that got him was a one-shot lead.

“Today was phenomenal out there,” Grace said. “Barely had a breath of wind out there and the golf course is playing probably as easy as it could be playing. There’s some low scores out there. The guys are playing some great golf, and when you play on greens like this, it helps. You just have to get the ball on the right line and it goes in. It was fun.”

He made it sound simple, and the numbers backed him up.

The 78-man field produced 344 birdies and nine eagles, and it was a collective 189-under par.

Kevin Kisner made his debut in China by playing bogey-free for a 64. He was joined by Steven Bowditch of Australia and Thorbjorn Olesen of Denmark, who opened with five birdies in six holes and was 7 under through 10 holes. It was enough to make Olesen wonder how low he could go, though that ended when he made a sloppy bogey on the par-5 14th and he had to settle for a 64.

Dustin Johnson, who won the HSBC Champions the last time he was here two years ago, drilled a 3-wood over the water and onto the green at the par-5 second hole and made eagle that helped send him to a 65 along with Patrick Reed and Danny Willett, who is No. 2 in the Race to Dubai in his bid to track down McIlroy.

At least McIlroy is playing.

He spent most of the previous two days in bed trying to cope with food poisoning. His stomach was so sore and his body so stiff that he arrived earlier than usual to get loose on the range, and he wasn’t sure what to expect when he teed it up at Sheshan for the first time in two years.

“Probably a little better than I was expecting out there, to be honest,” McIlroy said. “I had not been out of bed for basically 48 hours, so I was really stiff. But whenever I got out there, I felt pretty good. Thankfully, it was a decent start, and now going to try to just get into the tournament.”

Spieth wasn’t sure what to expect, either.

He didn’t see his golf clubs for two weeks after returning home from South Korea at the Presidents Cup, the end of a season that brought a Masters and U.S. Open, the FedEx Cup and PGA Tour player of the year. Spieth showed some uncertainty with an extra waggle in his pre-shot routine as he tries to keep the club from getting shut.

For the most part, it worked out fine. The one big miss was his tee shot on the par-3 17th, so weak and to the right that it didn’t even clear the hazard. Spieth recovered by going to the drop zone, hitting over the gorge to 5 feet and escaping with bogey. He also hit driver to 20 feet for a two-putt birdie on the reachable 16th, and two late birdies in his round brought him to 68.

“I hit some shots that looked like we were just continuing the end of the season,” Spieth said. “And I hit some that looked like I took some time off. It was a bit of both. All in all, I was very pleased. Obviously, I thought 4 under would be further up the leaderboard than it is, but there’s a lot of guys playing solid golf right now.”

Spieth played with Watson, who hardly played at all since the Presidents Cup and said nothing felt comfortable. He celebrated his 37th birthday by opening with eight straight pars, picking up four birdies and keeping bogeys off his card.

Players were allowed to lift, clean and place their balls in the short grass, which added to the low scores. That led to a two-shot penalty for Adam Scott, however, who chipped to tap-in range on the par-3 sixth, only to look back and realize he might have been in the rough. That’s a two-shot penalty, except that Scott was given the wrong ruling by being told to replay the shot. After a 30-minute discussion, officials found a decision based on equity that kept his score to a double bogey. It didn’t help much. He shot 75.

At this rate, Johnson figures something around 20 under will win. Grace wasn’t willing to guess on a winning score. For all those birdies, he still was barely in front.