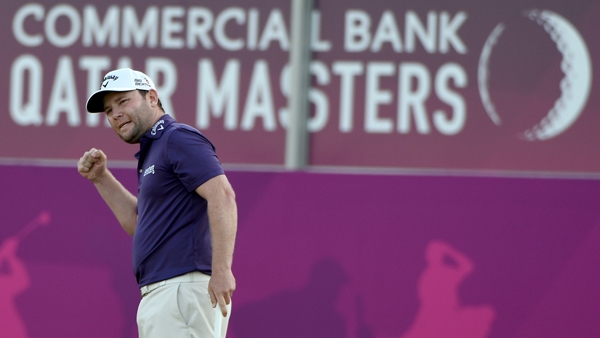 DOHA, Qatar – Branden Grace shot a decisive eagle on the 16th to win the Qatar Masters on Saturday by one stroke and clinch his sixth European Tour title.

The South African fired a final round 6-under 66 for an overall 19-under 269 to hold off runner-up Marc Warren (67) of Scotland.

Bernd Wiesberger’s two bogies on the second and third holes proved costly as the Austrian settled for third place at 17 under.

Grace’s eagle came after he drove to five feet on the par-four No. 16 and then finished with his fourth birdie on the last hole.

Grace has now won all six European Tour events which he has been leading or sharing the lead going into the final round.