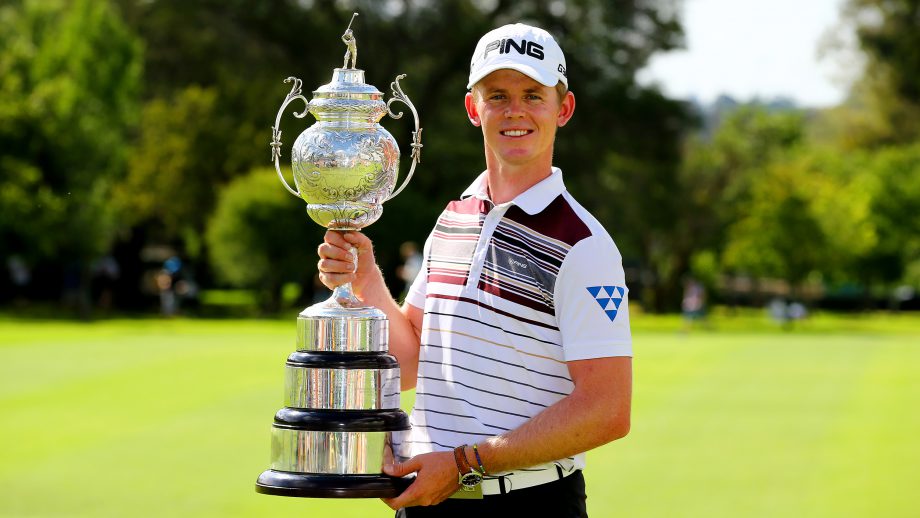 JOHANNESBURG – Brandon Stone won the South African Open on Sunday for his maiden European Tour title, becoming the youngest player to win the event since it joined the tour schedule in 1997.

The 22-year-old South African finished with a roller-coaster round of 71 that had seven birdies and also six bogeys, but it was still enough for a two-shot win over fellow home player Christiaan Bezuidenhout.

Stone finished 14 under par at Glendower Golf Club in a tournament that was interrupted by stormy weather, forcing the first three rounds to be suspended and carried over to the following day.

Stone was in tears after completing victory at golf’s second oldest national open after the British Open. He held a five-shot lead at one point but had to fight in the end to hold off Bezuidenhout’s late charge.

Bezuidenhout finished with a superb 5-under 67 to nearly steal victory at the end.

Englishman Daniel Brooks, who was tied for the lead with Stone when the third round was suspended on Saturday, closed with a 72 to finish 11 under and three shots behind Stone in third. Brooks held a two-shot lead with nine holes to play, but couldn’t keep that momentum.

He appeared to have blown his chances at Glendower with a run of three straight bogeys and four dropped shots in five holes approaching the turn on Sunday. He shrugged that off to collect four birdies in five holes from No. 12 and finished par-par to win.

The tears began to flow for Stone on the green at No. 18 when he put his third shot close, pretty much guaranteeing him victory. He rolled in the par putt and had to wait for the last few players to come home. No one had a realistic chance of catching him.

Retief Goosen finished in a four-way tie for fourth on 9 under alongside Branden Grace, Justin Walters and Keith Horne.