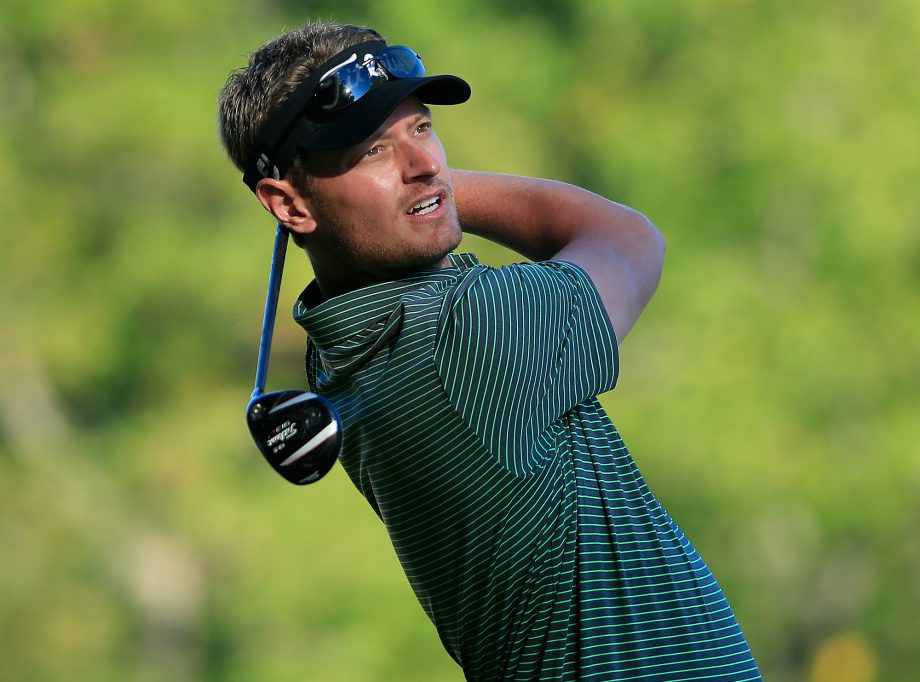 DAVIDSON, N.C. – Brett Stegmaier played his first 10 holes in 8 under and shot a 9-under 63 on Thursday to take the first-round lead in the Web.com Tour Finals’ Small Business Connection Championship.

“I was thinking about a 59 after the 18th hole,” the 32-year-old former University of Florida player said. “I don’t look at leaderboards, but I always know where I am. Maybe I got a little tight and that’s understandable I think. I played the same way I would have played if I was 2 over.”

The four-event series features the top 75 players from the Web.com Tour money list, Nos. 126-200 in the PGA Tour’s FedEx Cup standings and non-members of the tour who earned enough money to have placed in the top 200 had they been eligible to receive points. The top 25 players on Web.com regular-season money list earned PGA Tour cards. They are competing against each other for tour priority, with regular-season earnings counting. The other players are fighting for another 25 cards based on earnings in the series.

In position to have to return to Q-school, Stegmaier finished seventh in the regular-season finale in Oregon to jump to 69th on the Web.com Tour’s money list. He earned $31,000 last week with an eighth-place finish in the series opener in Fort Wayne, Indiana.

“I felt relaxed in Portland. It was going to be OK if I played badly. I accepted having to go back (to Q-school),” Stegmaier said. “Then, I had a really good practice and found something with my setup and it’s carried over. … Playing well in Portland gave me a lot of confidence, especially playing well when I really, really needed it.”

Zack Fisher was second after a 65. He was 48th on the Web.com Tour money list.

Ryan Spears, Argentina’s Emiliano Grillo, Australia’s Rhein Gibson and China’s Hao Tong Li were tied for third at 66. Li was 49th on the Web.com Tour money list, Gibson 33rd, and Spears 38th. Grillo would have been in the top 200 in the FedEx Cup standings if he had tour membership.

Sweden’s Henrik Norlander, the Fort Wayne winner to earn a PGA Tour card, opened with a 73.

Canadian Brad Fritsch opened with a round of 1-under 71 and sits T56. He is one shot ahead of fellow countryman Roger Sloan who is T71.