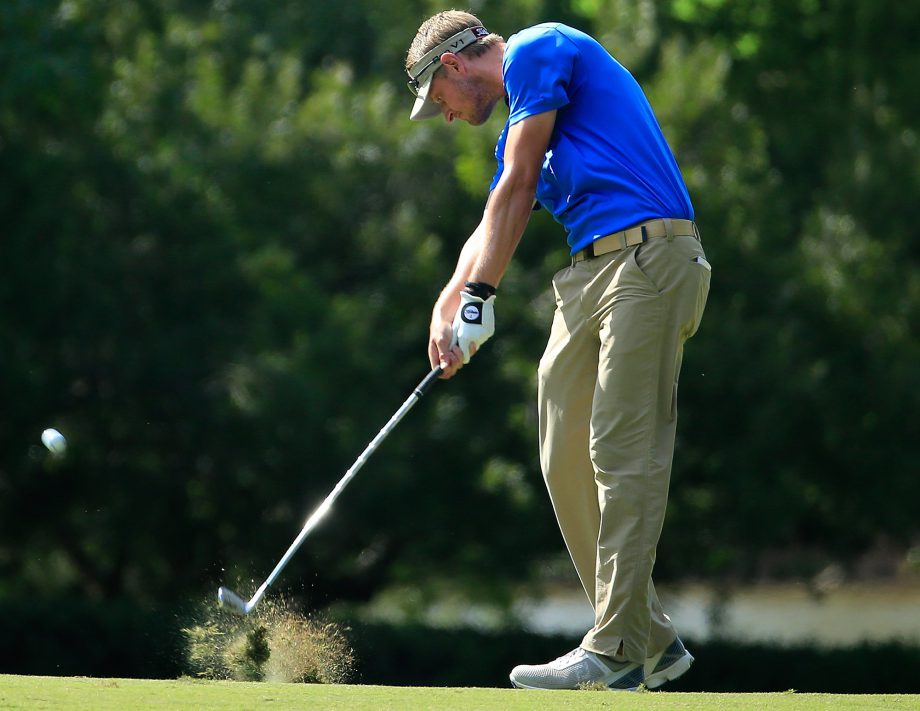 DAVIDSON, N.C. – Brett Stegmaier shot a 4-under 68 on Friday to take a one-stroke lead after the second round of the Web.com Tour Finals’ Small Business Connection Championship.

The 32-year-old former University of Florida player had a 13-under 131 total at River Run. He had his second straight bogey-free round after opening with a 63 to take a two-stroke lead.

“I think I actually hit the ball better today than yesterday,” Stegmaier said. “I was hitting it so solid that I was going long on quite a few holes and I had lots of 20- and 30-footers for birdie.

“I really don’t think I was close to making a bogey all day. If you would have given me a 68 at the start of the day I would have taken it. Everybody knows it’s hard to back up a round like I had yesterday. I didn’t really have a score in mind when I started.”

The four-event series features the top 75 players from the Web.com Tour money list, Nos. 126-200 in the PGA Tour’s FedEx Cup standings and non-members of the tour who earned enough money to have placed in the top 200 had they been eligible to receive points. The top 25 players on Web.com regular-season money list earned PGA Tour cards. They are competing against each other for tour priority, with regular-season earnings counting. The other players are fighting for another 25 cards based on earnings in the series.

Stegmaier finished seventh in the regular-season finale in Oregon to jump to 69th on the Web.com Tour’s money list and get into the series. He earned $31,000 last week with an eighth-place finish in the series opener in Fort Wayne, Indiana.

Eric Axley was second after a 65. The winner of the PGA Tour’s 2006 Texas Open, he was 189th this season in the FedEx Cup standings.

“I’ve felt like I’ve been on the verge for a while,” Axley said. “My practice rounds, even those back on the PGA Tour, were really good and when the bell rang, it just wasn’t quite there. This is more of how I’ve been playing in the practice rounds.:

Zack Fischer was third at 11 under after a 68. He was 48th on the Web.com Tour money list.

Canadian Brad Fritsch climbed the leaderboard following a 2-under 70 to move into a tie for 36th. Roger Sloan shot 76.