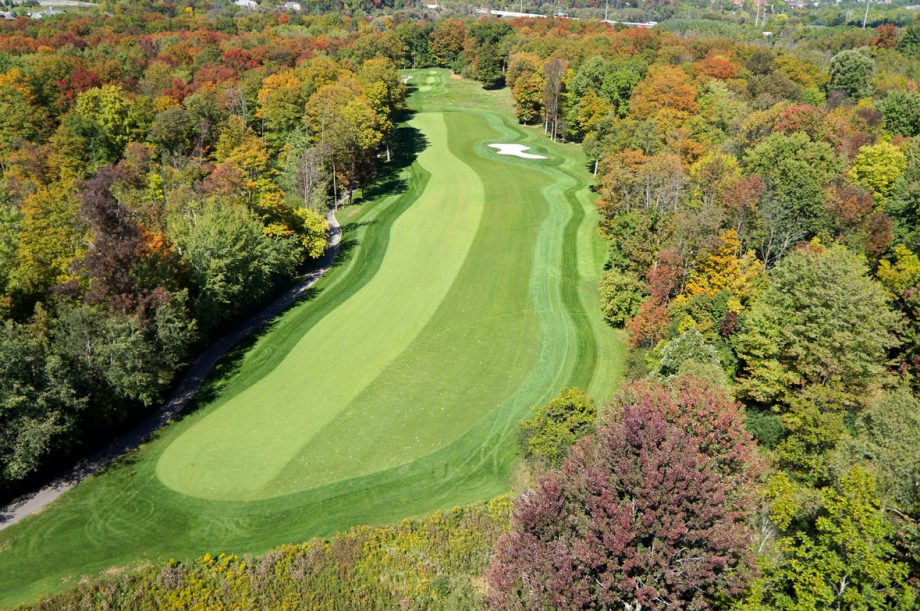 Brian Hadley is no stranger to posting low numbers at Deer Ridge Golf Club and Monday was no different seeing him shoot a first-round 4-under-par 68.

The 36-year-old head professional from Thames Valley Golf Club leads the field at the PGA Championship of Canada sponsored by Mr. Lube and presented by TaylorMade-adidas Golf.

“This golf course is always in such perfect shape with fabulous greens,” Hadley said. “I feel really comfortable out here and it’s really a treat to be able to play this golf course.”

Hadley holds the course record at Deer Ridge, shooting a remarkable 59 in the first round of the 2013 PGA of Ontario Championship.

A pair of first time PGA Championship of Canada players—Wes Heffernan of Calgary and Quebec’s Sonny Michaud—trail Hadley heading into Tuesday’s second round by just a shot after opening-rounds of 3-under-par.

“This event has a long, storied history and it’s very cool,” Heffernan said about teeing it up this week. “There are not many national championships that have the type of names who have won like the PGA Championship of Canada does.”

Vancouver’s Parry, who won his PGA Championship of Canada in 2013 at Magna Golf Club, is in a group that includes fellow British Columbia resident Lindsay Bernakevitch and Jean-Philip Cornellier of Quebec at 2-under, T4. Deer Ridge’s own James Skrypec, Oliver Tubb, Philippe Gariepy, last year’s PGA Club Pro Championship of Canada winner Craig Hocknull and Kevin Senecal round out the top 10 at 1-under-par.

The 71-player field will be whittled down to the top-16 players following tomorrow’s second round. The final 16 will fill out the match play brackets with the eventual champion winning four match play rounds.

Designed by Canada’s Thomas McBroom, a designer known for his indelible golfing concepts that have resonated with players the world over, Deer Ridge is unlike any other creation in the architect’s canon. Opened in 1990, Deer Ridge was ranked the 69th best golf course in Canada by SCOREGolf in its 2016 rankings.