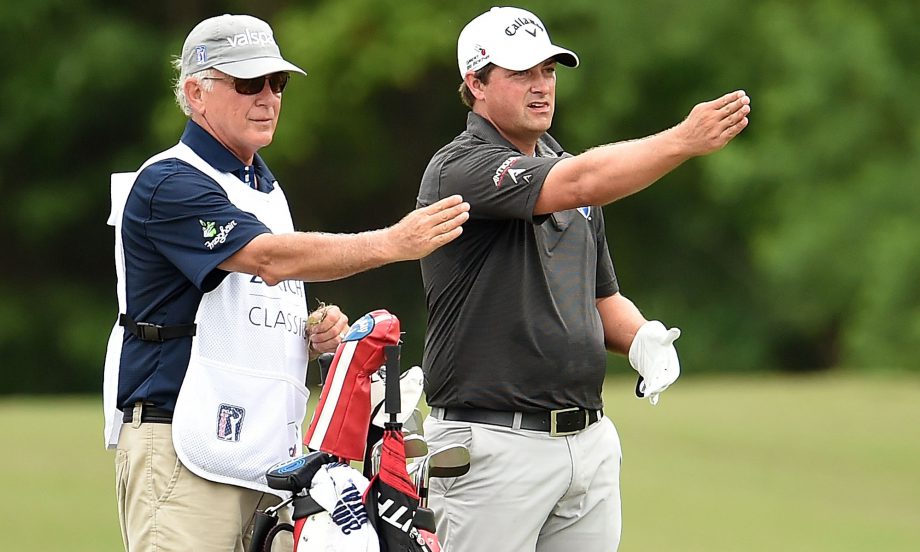 AVONDALE, La. – Brian Stuard shot an 8-under 64 on Thursday to top the leaderboard in the suspended first round of the Zurich Classic.

The 33-year-old Stuard had only 21 putts in his bogey-free round at TPC Louisiana, finishing his final hole after a rain delay of nearly five hours.

“It was just one of those days where it seemed like I was really reading the putts well, and luckily they were going in,” Stuard said. “I picked this putter up last week in San Antonio and had a good feel for it. I putted well last week and it continued over to today.”

None of the afternoon starters were able to finish before darkness suspended play.

Top-ranked Jason Day bogeyed his final two holes after the delay for 69.

“It’s just the waiting part,” Day said. “Obviously, the weather hovering above us just wouldn’t go away. It had just been a very long wait, and you just want to get in and finish. I had two holes left. Yeah, I mean, clearly a little frustrated, but looking forward to tomorrow.”

The Australian is the first No. 1 player to play in the event since David Duval in 1999.

“I’ve just got to manage myself out there,” Day said. “Obviously, this is going to be bit of a tough week with these double start rounds. Some guys are going out to play 27 holes tomorrow, or some guys have got to play 36. With that said, I might be able to sneak in nine holes and play 27 on Saturday, but I’ve just got to stay positive, keep moving forward, and see how it goes from there.”

Retief Goosen was second after a 65. The 47-year-old South African is a two-time U.S. Open champion.

“I hit a couple of bad shots coming in, unfortunately, but I managed to save pars,” Goosen said. “It’ll be a long wait now until my next round.”

“A lot of just sitting around, hanging out,” Fowler said. “Boo (Weekley) was in there sleeping at one point. There was people spread out all over, from player family dining to the locker room. There might have been some pictures posted on Snapchat. But no, it’s always fun to hang with the fellow players and families and just kind of relax.”

Stuard is winless on the PGA Tour. He’s making only his seventh start of the season.

“I haven’t been able to get in too many tournaments,” Stuard said. “I played last week and then this week, obviously, so playing two in a row is kind of nice to get a little momentum going. … It’s tough. I guess it’s just part of the deal. You’ve got to deal with it. But it’s definitely tough, not sure what your schedule is going to be even next week.”

David Hearn of Brantford, Ont., had a 69 and found himself tied for 12th at 3-under. Nick Taylor of Abbotsford, B.C., was in the following group tied for 26th place after a 2-under 70.

Adam Hadwin, also of Abbotsford, found himself at even-par thru three holes, while Mike Weir of Bright’s Grove, Ont., was 1-over after six holes.