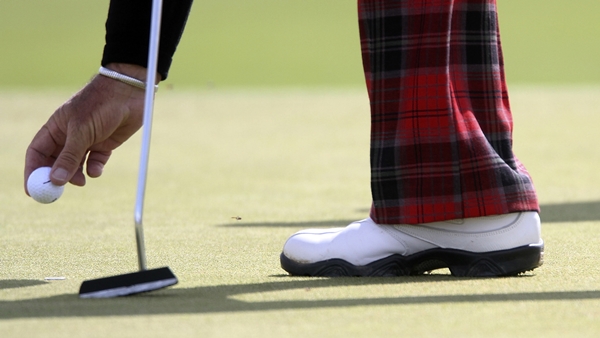 The British Open this year decided to scrap its 36-hole qualifiers on the European Tour and PGA Tour in favor of what effectively is 72-hole qualifiers. Four leading players from the top 12 on the leaderboard at Congressional and the Greenbrier earn spots. In Europe, the leading three players from the Irish Open, French Open and Scottish Open get into The Open. The John Deere Classic gets one spot.

It’s the same amount of qualifying spots as were available last year through both 36-hole qualifiers.

But it eliminates any chance for Web.com Tour players, or for some of the top college players who turn pro in the summer. The only chance they have to qualify – without a trip across the Atlantic – is to get a spot in the PGA Tour (or European Tour) fields.

“These matters have been very much considered by the European Tour and the PGA Tour, and their request certainly has been to evolve from what we were with the 36-hole stand-alone into the series we have now,” R&A executive director Michael Tate said Tuesday. “They don’t have that simple opportunity. They can, of course, still travel to the UK and qualify. But I understand how difficult that is.

“I think in the world of the game of golf, what we achieved and what we are doing now is probably correct.”

Indeed, 288 players currently are playing for 12 spots at four regional spots in Britain the next two days. A decade ago, local qualifying was the only way into The Open, and it was held the weekend before the championship.