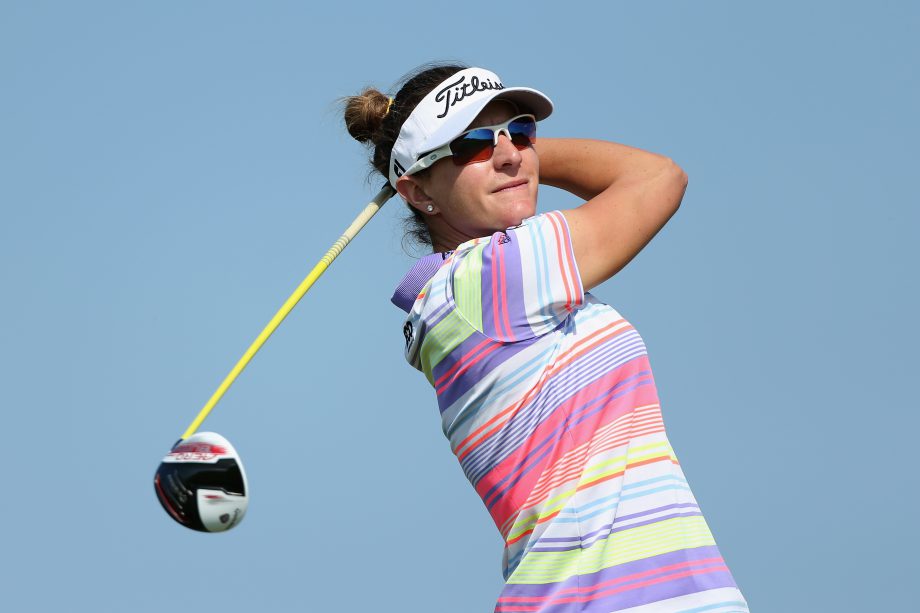 PRATTVILLE, Ala. – Brittany Lang birdied five of the first seven holes in windy conditions and shot a 7-under 65 on Thursday to take the first-round lead in the Yokohama Tire LPGA Classic.

Added to the U.S. Solheim Cup team Monday as one of Juli Inkster’s two captain’s picks, Lang had a two-stroke lead over Tiffany Joh, Sydnee Michaels and Ryann O’Toole.

“It was just one of those days. It was so enjoyable,” Lang said. “I wasn’t thinking about a whole lot. I was just super committed to seeing my shots. It was so much fun.”

The 30-year-old Texan won the 2012 Manulife Financial LPGA Classic in Canada for her lone LPGA Tour title. She was second this year in the Ontario event and has three other top-10 finishes.

“I’m in a really nice place right now,” Lang said. “I had one of my better years … and the Solheim pick’s over with. I’m just in a really comfortable place, so I just felt really relaxed out there.”

Lang birdied Nos. 1, 3-5 and 7 in her morning round on the Senator Course at the Robert Trent Jones Golf Trail’s Capitol Hill complex. She birdied Nos. 11-12, dropped strokes on Nos. 13-14 and rebounded with birdies on Nos. 16-17.

“The birdies on 16 and 17 were pretty big after the bogeys on 13 and 14,” Lang said. “Not stupid bogeys, small misses, but I stayed aggressive, so I was excited with that. Stayed aggressive and made two bogeys, but it was really good to birdie 16 and 17.”

O’Toole had five birdies in a seven-hole stretch in the middle of her morning round.

“It’s been windy all week, so I was expecting that,” O’Toole said. “What I noticed was the greens were even faster than yesterday or Tuesday. … It took me five holes to get really thinking that if you’re above the hole, you just had to tap it. Breaks were breaking double of what you saw because of the speed change. So, it took me a little bit to get used to that.”

Stacy Lewis, the 2012 winner, had a 70. Second last year in Prattville, she’s coming off a playoff loss to Lydia Ko last week in the Canadian Pacific Women’s Open.

“The golf course was playing really hard early this morning and I didn’t really get anything going, then couldn’t get any putts to fall there on the back nine, so kind of a frustrating day,” Lewis said.

The third-ranked Lewis bogeyed the par-4 third hole and rallied with birdies on Nos. 8-9 and 11.

“The wind was blowing early this morning,” Lewis said. “I don’t think I ever hit 4-iron into the third hole before, so I was just hitting clubs into holes that I’ve never hit.”