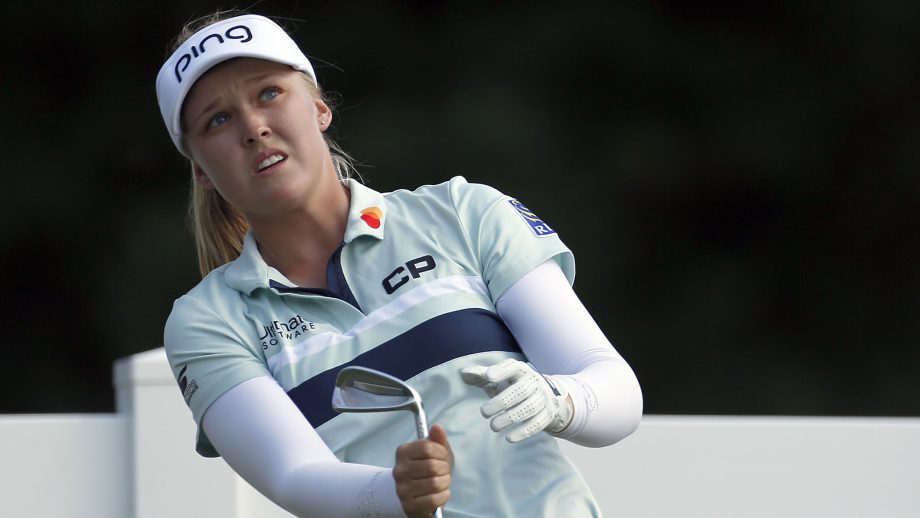 PORTLAND, Ore. – Australia’s Hannah Green overcame a three-shot deficit with a final round 5-under 67 Sunday to win the Portland Classic and deny teenager Yealimi Noh’s bid to become the third Monday qualifier to win on the LPGA Tour.

Green erased a three-shot deficit with two birdies over the final four holes at Columbia Edgewater Country Club. She finished at 21 under and won for the second time this season. She claimed the KPMG Women’s PGA Championship in June.

The 22-year-old Green, one of five two-time winners on tour this year, said she relied on her experience in winning her first major earlier this summer.

“I think I can definitely say that KPMG, having that experience, definitely helped me, especially the last five holes,” Green said. “Grinding out and making sure that I stayed patient.”

The 18-year-old Noh, who turned down an offer to play for UCLA and instead went pro in February, led by three strokes entering the final round and held the same margin after 14 holes. But, she struggled down the stretch and settled for a final-round 71 and 20 under.

Down three strokes after Noh made a birdie at the 14th, Green knew she needed to make a move.

“I guess that’s when you really need to hang in there,” Green said. “I was just really happy that I was hitting fairways and greens, like giving myself some opportunities. … I had some bad strokes out there and completely missed the hole, but when I was holing putts, you know, they are in the middle, so I was really happy about that. ”

Green closed within two strokes with a birdie at the 15th and was within one after Noh made bogey at No. 16. Green forged a tie at 21 under with a clutch birdie putt at the 17th.

“I felt like I was reading greens really well all day but towards the end, I wasn’t sure if I was over-reading them, so I had my caddie – I told him what point I was looking at, and I asked whether, what his opinion was and whether he thinks it was too much or too less,” Green said. “I think just hearing that confirmation to say, yeah, that’s the right line, is just what I needed. Especially on the putt on 17.”

Green made par on the 72nd hole and Noh, after hitting her second shot over the green and sending her third a good distance past the hole, made bogey.

“It was all going good till 16 I think, just the last two bogeys on 16, and 18, really hurts, because I was playing OK up until that,” Noh said. “I really thought I could hang in there, but just made a couple mistakes.

Noh was playing in her seventh tour event this year, with her best finish a tie for sixth at the Thornberry Creek Classic in early July. She was trying to join Brooke Henderson of Smiths Falls, Ont., who won the 2015 Portland Classic, and Laurel Kean, a winner at the State Farm LPGA Classic in 2000, as the only qualifiers to win in LPGA history.

Brittany Altomoare carded a 69 and finished third at 17 under. Henderson (71) and Nasa Hataoka (66) tied for fourth at 15 under.