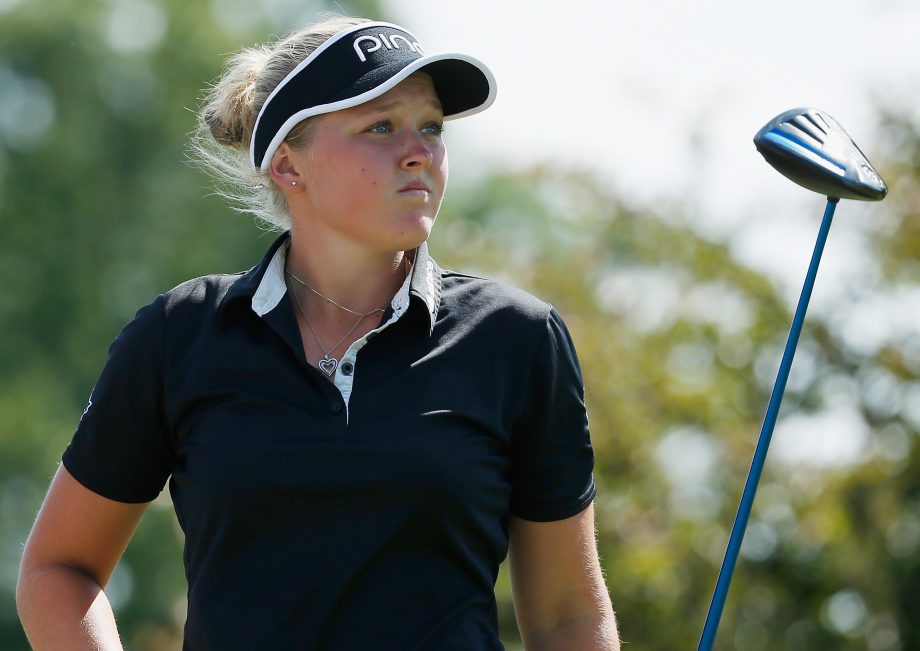 HARRIS, Mich. – The Symetra Tour, Road to the LPGA, has announced that Brooke Henderson was granted Symetra Tour membership by LPGA Commissioner Michael Whan following her win at last week’s Four Winds Invitational. By virtue of her win, Henderson will be placed in category C on the Symetra Tour Priority List for the remainder of the year. She has committed to play in the Island Resort Championship this week in Harris, Michigan and was already scheduled to play the Tullymore Classic, July 3-5, as a sponsor invite.

Henderson carded a 3-under 69 on Sunday at Blackthorn Golf Club to win her first Symetra Tour event by three shots at 10-under 206. She became the third youngest winner in Symetra Tour history behind 16-year-old Hannah O’Sullivan, who won the Gateway Classic at Longbow Golf Club earlier this year, and Cristie Kerr, who was 17 years old when she won the 1995 Ironwood FUTURES Classic.

“I‘m really excited to be a member of the Symetra Tour and that my petition was accepted by Mike Whan and the LPGA,” said Henderson. “I have worked really hard to maximize the playing opportunities on both LPGA and Symetra Tours and to get a win at the Four Winds Invitational feels really good and gets me closer to my goals.”

Here is the statement from LPGA Chief Tour Operations Officer Heather Daly-Donofrio on Henderson being granted membership on the Symetra Tour:

Henderson’s $22,500 first-place check for the Four Winds Invitational victory will not count towards the official Volvik Race for the Card money list because she played the event as a non-member. However, any money earned by Henderson at the Island Resort Championship and any Symetra event moving forward will count.

While the money that Henderson won last week is unofficial, her victory at the Four Winds Invitational will count toward potential additional playing opportunities on the LPGA. Winners of three official Symetra Tour tournaments during the current year can earn a spot in Category 13 on the LPGA Priority List. A spot in Category 13 does not give a player LPGA membership but it is an opportunity for that player to compete in LPGA events as a non-member.

“Since turning professional this year, Brooke has compiled an impressive list of accomplishments including her victory Sunday at the Four Winds Invitational,” said Chief Business Officer of the Symetra Tour Mike Nichols. “We welcome her to the Symetra Tour for the remainder of the season as she continues her pursuit of ultimately joining the LPGA Tour.”

This year, Henderson has competed in seven LPGA events as a non-member while posting two top-10 finishes and five top-25 results. She recently finished in a tie for fifth at the KPMG Women’s PGA Championship. Henderson is scheduled to play in the U.S. Women Open in July after finishing in a tie for 10th at last year’s U.S. Women’s Open.