Brooke Henderson sits 5th heading to final round in Singapore 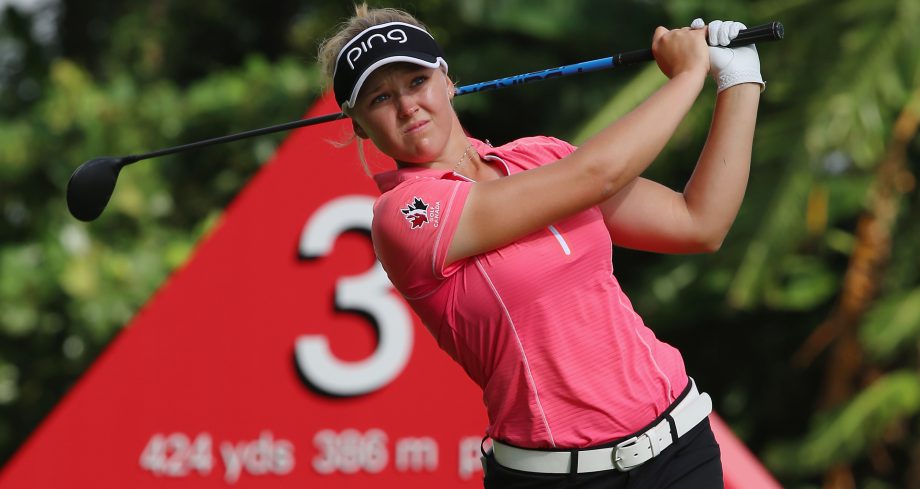 SINGAPORE – South Korea’s Ha Na Jang shot a flawless 4-under 68 on Saturday to grab a one-stroke lead heading into the final round of the HSBC Women’s Champions tournament.

Chasing her second LPGA title this year, the 23-year-old racked up four birdies and her second straight bogey-free round to lead the tournament on 12-under 204 then headed back to the practice range for some more golf.

Thailand’s Pornanong Phatlum knocked in six birdies in her 68 to end the third round in outright second at 11-under, one clear of the South Korean pair of Amy Yang and Mirim Lee.

Yang reeled off five birdies in her last eight holes for a 68 to charge up the leaderboard while the overnight co-leader Lee signed for a 70 after a mixed day where she made five birdies and three bogeys.

Canada’s Brooke Henderson carded a 5-under 67 Saturday to climb the leaderboard. She’s among a group of six players who finished two shots behind them at 8-under, setting the stage for an exciting finish on Sunday with the top 10 separated by just four strokes.