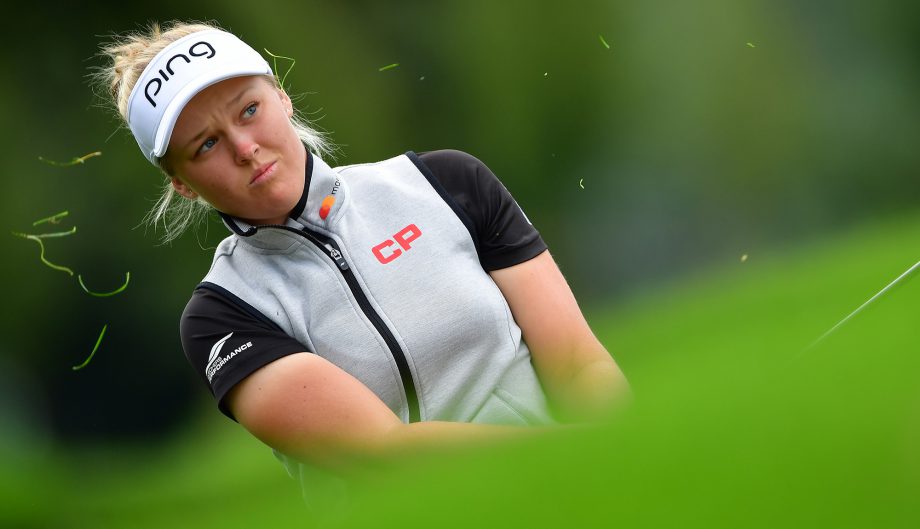 Victory in her last start has certainly made World No. 11 Brooke Henderson one of the players to watch this week at the LPGA KEB Hana Bank Championship, and the bubbly Canadian has set her sights on continuing to ride her wave of momentum.

“It has been a little bit of an up-and-down season for me, but getting my second tour win of the season just a few days ago gave me a lot of confidence and a lot of momentum,” said Henderson, who triumphed by five strokes at the MCKAYSON New Zealand Women’s Open after having to contend with wind-swept, rainy conditions in the last two rounds.

“I only have five events left on the LPGA Tour this year, which really isn’t that many. I really want to focus and work hard and see if I can finish in the top 10 and get some top-five finishes and hopefully move my CME rank up a little bit. That’s kind of where my main focus is going into for the next five weeks.

“Just continuing to gain experience and learn every single day, so that next year I can be even better than this year,” added Henderson, who is the only LPGA Tour player with multiple victories in both 2016 and 2017.

Asked by local reporters to put her finger on why it is that Korean golfers have been so successful in global golf over the past two decades, Henderson replied: “They’re very talented. I’m sitting amongst four ladies that are role models and inspirations to me as well.”

Henderson was accompanied by So Yeon Ryu, Sung Hyun Park and In Gee Chun in a packed media center at SKY72 Golf & Resort for a pre-tournament press conference.

“I think that’s something that everybody can learn from, golfers or even people in business or just everyday life. You know, pick a goal and then work as hard as you can to achieve it.”