Brooke Henderson nominated for Ontario Athlete of the Year 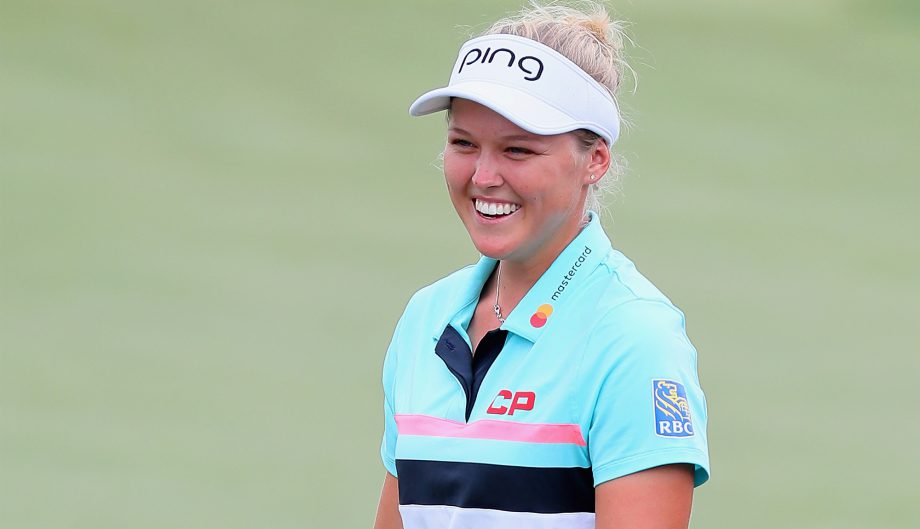 For the third year, the Ontario Sports Hall of Fame has asked the people of Ontario to cast their vote for who they believe deserves the 2016 Syl Apps Ontario Athlete of the Year Award. The online public vote to determine the award recipient will conclude on March 31st, 2017.

The Syl Apps Athlete of the Year Award celebrates the contributions of top athletes in Ontario, and is awarded to the athlete who has made an outstanding and memorable contribution to Ontario sports during the previous calendar year.

This year’s finalists include:

Past award recipients selected by the public include Brooke Henderson (2015) and Brad Sinopoli (2016).

The winner will be recognized with the Class of 2017 at the Ontario Sports Hall of Fame 2017 Induction Ceremony & Awards Gala in Toronto at The Westin Harbour Castle (Metropolitan Ballroom) on October 2, 2017. The OSHOF Board of Directors will be selecting the Hall of Fame Inductee Class of 2017, as well as the winners of The Brian Williams Media Award, The Sandy Hawley Community Service Award, and The Bruce Prentice Legacy Award.