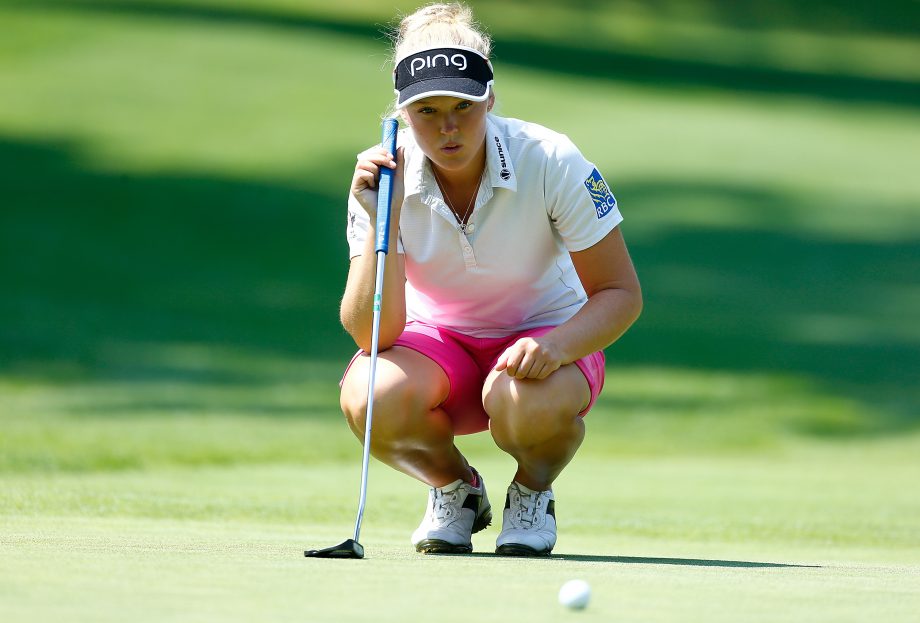 Brooke Henderson will be making her Australian debut this week at the ISPS Handa Women’s Australian Open.

“This is my first time here so I’m really looking forward to it,” Henderson said with a smile.

The trip Down Under will be the first of several international trips for the 18-year-old this season.

“I’m playing on the Gold Coast next week in the European tour event and then in Singapore in a few weeks in the LPGA and hopefully the Asian Swing in the Fall,” Henderson said of her 2016 travel schedule. “So being able to play all over I know a couple of months ago I was looking to get the sponsors invite into Dubai, so yeah I’m just kind of playing and being well known by people everywhere.”

What makes the travel easier on Henderson is having her sister Brittany as a travel companion and caddie.

“You know I love having her to travel with and see the world and experience all these things with her and then to also have her also on my bag with me every day is really cool,” Henderson said. “When I was a little girl I grew up watching her and wanting to be like her and now I have her support with me.  It really means a lot.”

“It’s been an amazing year, considering back a year ago I didn’t have a tour to play on, I didn’t know which events I would play in,” she said today. “I was just counting on Monday qualifiers and sponsors invitations to get into events, and I was able to play well and a lot of doors opened to me and I was able to win in Portland a couple of months ago and get full LPGA Tour status. I’m really just living the dream now, travelling around the world, first time to Australia is really exciting.”

Henderson’s win on the LPGA Tour in Portland last August came after she Monday-qualified, but it was emphatic. She won by eight shots, and soon petitioned the LPGA Tour for an exemption so that she could have a playing card although she had not reached the minimum age of 18. This was granted, and now she is a full member.

A former world No. 1 amateur, she says her improvement has been steady.

“I think over the last three or four years I’ve continued to improve just a little bit every year and that’s been key,” she said today after the Open pro-am. “Last year the main thing was realizing that I was good enough to compete on the LPGA Tour. Getting top 10 finishes was (a boost in) confidence for me. Over the last couple of months and in the off-season I’ve gained a bit of distance which has really helped. I was considered a longer hitter to begin with and gaining 10-15 yards has really helped. Moving forward I think short game is what I need to improve to compete on the LPGA.”

Henderson likes the look of The Grange – the venue for this weeks  ISPS Handa Women’s Australian Open.

“It’s in amazing condition, they’ve really done a great job with it. It’s a little bit tricky, second shots are key here, just playing smarter on the course and knowing where to hit the ball is going to be very important.”