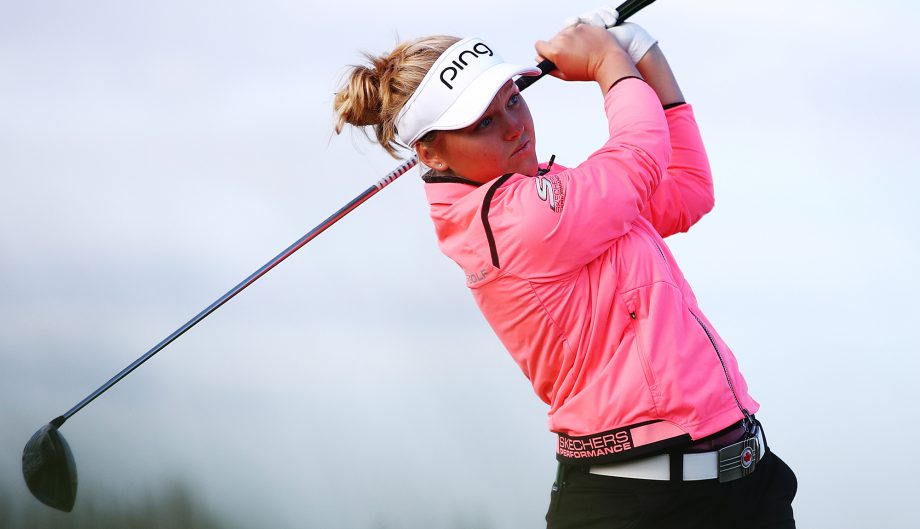 AUCKLAND, New Zealand – Canadian Brooke Henderson and Jodi Ewart Shadoff of England shot 7-under 65 on Thursday to share the lead in the New Zealand Women’s Open, leaving home star Lydia Ko five strokes back after the first round.

The playing partners led by one stroke over Amy Boulden of Wales and Belen Mozo of Spain, with American Brittany Lincicome, Beatriz Recari of Spain and South Korea’s Na Yeon Choi another stroke back after 67s.

The New Zealand Open is on the LPGA Tour for the first time this year.

Henderson and Ewart Shadoff took advantage of easier morning conditions before the winds picked up on the newly-established Windross Farm course east of Auckland.

“Going out there I knew I had to take advantage of the good conditions,” Ewart Shadoff said. “I putted well today. I think the greens are great … they are running really true.”

The Yorkshire-born golfer has yet to win on the LPGA Tour, after joining in 2011, but picked up her best paycheque in early August when she shot 64 in the final round to move into second place behind In-Kyung Kim at the Women’s British Open.

Ewart Shadoff and Henderson were joined by Denmark’s Nicole Broch Larsen (72), and the trio produced 17 birdies.

“I was looking to get on top of the leaderboard early,” Henderson said. “I know with the conditions today that the scores were going to be really low. To shoot minus 7 on a golf course that I didn’t think completely suited my game is really exciting.”

Henderson said she received the luck of the draw on Thursday.

“If the wind picks up it is going to be a completely different golf course,” she said. “I was fortunate this morning that the winds were calm and the greens were holding more than the last few days.”

ICYMI: Round 1 Highlights from beautiful New Zealand and the @NZWomen‘sOpen where @BrookeHenderson and @Jodi_Ewart share the lead at 7-under pic.twitter.com/nxXmDcKYU3

Henderson’s 7-under 65 ties the second lowest round of her career – she has twice shot 63.

Former No. 1 Ko, who drew a huge gallery, had four birdies and two bogeys in her 70, leaving her in a tie for 21st.

“I hit the ball well throughout the day and gave myself a good look at birdies, even on my back nine, but couldn’t hole them,” said Ko who has struggled with her putter this season.

“I kept committing to lines and all you can do is trust the read and put a good stroke on it.”