Brooke Henderson shortlisted for Ontario Athlete of the Year honours 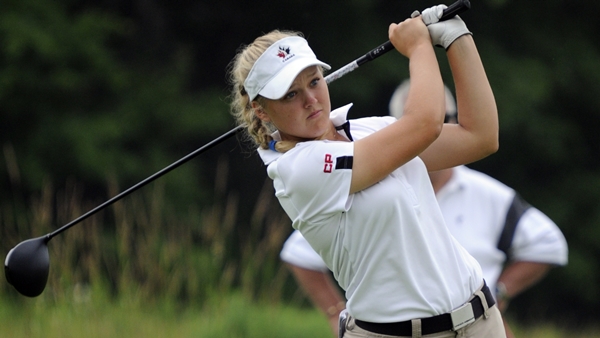 Brooke Henderson’s standout season on the golf course has her in the running to be named the 2014 Ontario Athlete of the Year.

If the Team Canada member and Smiths Falls, Ont. native is successful in receiving the Syl Apps Award, she will become only the second golfer to receive the honour and the youngest award winner in its 16-year history. The only other golfer to earn the honour is Mike Weir, who received the award in 1999, 2000 and 2003.

Henderson is up against some stiff competition, including Kyle Lowry of the Toronto Raptors, Russel Martin of the Pittsburgh Pirates, Jose Bautista of the Toronto Blue Jays, Milos Raonic (tennis) Patrick Husbands (horse racing) and Cory Perry of the Anaheim Ducks.

To be eligible for the award, athletes must be born in Ontario or play for an Ontario-based team.  They also must have made an outstanding and memorable contribution to Ontario sport during the previous calendar year.

The public is encouraged to vote for their favourite athlete online. The voting widget is located on the left side of the home page and will be available until December 5, 2014.