Brooke Henderson sits 5 back of the lead in South Korea 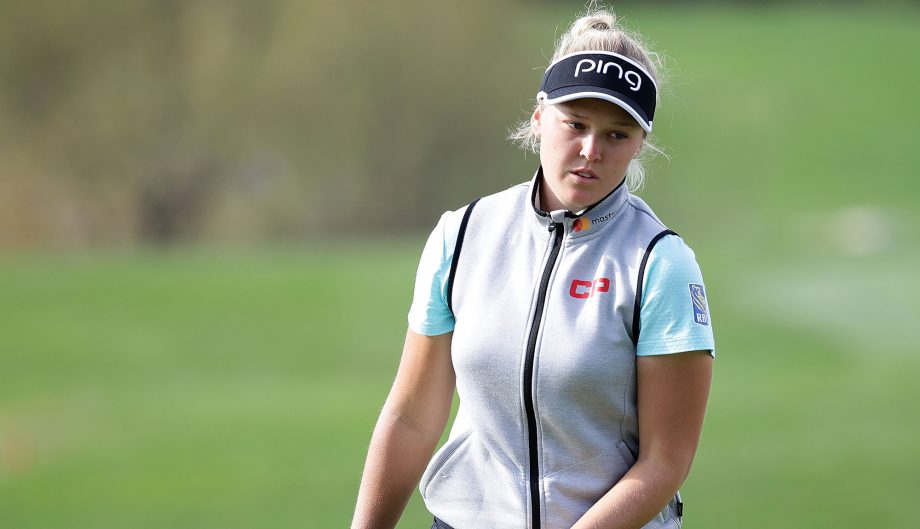 INCHEON, Korea, Republic Of – Jin Young Ko fired a bogey-free 6-under 66 Saturday to take a two-shot lead after the third round of the KEB Hana Bank Championship.

The South Korean carded six birdies on the Ocean Course, including two in her last three holes, to post a 15-under total of 201. Compatriots Sung Hyun Park and In Gee Chun both shot 68 and are tied for second at 13-under 203.

“My iron shots today were really strong so I was able to make a lot of birdie chances for myself,” said Ko, a nine-time winner on the local KLPGA Tour.

Park, looking for her third LPGA Tour victory of the year, played solid golf for most of the third round with five birdies and a sole bogey in her first 17 holes. She did well to salvage par at the last after pushing her drive way right into a hazard and having to take a penalty drop.

“Overall, I’m quite pleased with my game today,” said Park, who has a mathematical chance of taking over at the top of the Rolex Rankings with a win on Sunday. “I finished 4 under on the front nine. I thought I would keep the momentum on the back nine, but my putting was a little bit off compared to the front nine.”

Lizette Salas of the United States offset a lone bogey with five birdies for a 68 and was in sole possession of fourth place.

Brooke Henderson moved into contention with a bogey-free 68 and is tied for eighth, five strokes off the lead.

Earlier this month, she stormed to a five-stroke victory at the MCKAYSON New Zealand Women’s Open to claim her first LPGA title outside North America and now she will enter Sunday’s final round five strokes off the pace – although admittedly with a lot of work to do.

“That’s really exciting,” Henderson said after finishing at 10-under 206. “There are a few people that I would have to climb over, but if I could go out and shoot an under-par round, minus 6 or something like that, and put some pressure on the leaders and kind of be the leader in the clubhouse, that’s my goal. I would like to do that.”

As for the opportunity to win for the first time in Asia? “Yeah, that’s awesome,” she grinned. “I was really excited to get that win outside of North America a few weeks ago, and so to get one in Asia would be really cool, especially with all the fans that have been supporting us the past few days.”