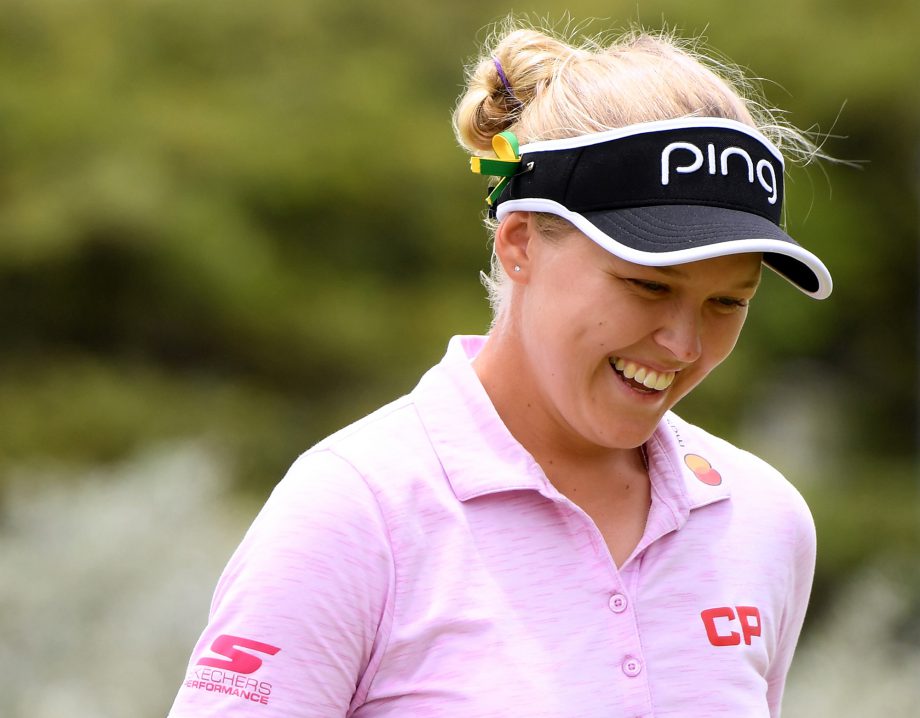 Henderson, the 20-year-old from Smiths Falls, Ont., ranked 14th in the world, birdied four of her first six holes to surge into the lead in relatively calm morning conditions. She finished with a 6-under 66 at Ko Olina Golf Club – the day’s low round – to get to 10 under.

No one could catch the five-time LPGA Tour winner as the wind gusted to 20 mph later in the day.

“I think going birdie-birdie to start allowed me to be kind of more aggressive, knowing that I already made up two shots, which is good,” Henderson said. “On my back nine I started to not be as aggressive, kind of laid back a little bit. I kind of got into more trouble, so I went back to my aggressive ways.”

“I feel like I’m in a great spot obviously at the top,” said Henderson, who has held the 36-hole lead during four of her five career LPGA wins, including at the 2016 KPMG Women’s PGA Championship. “I feel like I’m hitting the ball really well and I can depend on my putting right now, which is a big key for me when I’m playing well.”

Top-ranked Shanshan Feng, the first-round leader, was two strokes back with Mo Martin after a bogey-free 69. Martin, the 2014 Women’s British Open, had a 67.

Pernilla Lindberg and Inbee Park were together again on the leaderboard at 6 under, two weeks after Lindberg beat Park on the eighth extra hole in the major ANA Inspiration. Lindberg shot 68 and Park had a 69. Lindy Duncan also was 6 under after a 68.

Hawaii’s Michelle Wie, who has risen 100 spots to No. 13 since last March, made her 16th straight cut. She was 1 over after a 73. Defending champion Cristie Kerr also shot 73 and was another shot back.

Brittany Marchand of Orangeville, Ont., carded steady rounds of 72 in her first LPGA event of 2018 – the Team Canada Young Pro Squad member sits tied for 24th at even par.

Maude-Aimee Leblanc of Sherbrooke, Que., shot 72 and Hamilton’s Alena Sharp struggled with a 78 to make the cut on the mark at 3 over par.