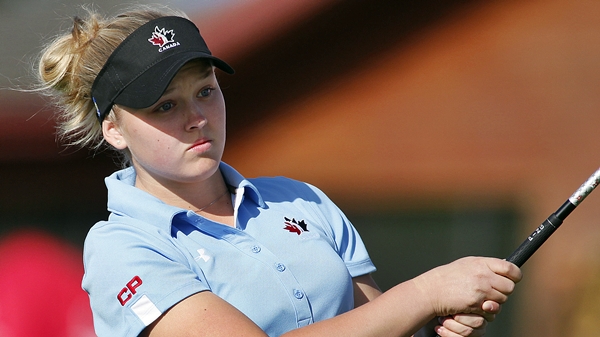 TORONTO — Brooke Henderson, the No. 1 ranked female amateur golfer in the world, has turned professional and signed with IMG for worldwide management and marketing representation.

Henderson has signed with PING and will continue to be supported by Golf Canada’s Young Pro program.

“I am really excited to begin my professional career in 2015 and proud to represent Canada along the way,” said Henderson. “I realize what a big step it is to play professionally and I think IMG and their partners at WME give me a competitive advantage on a global level.”

Guy Kinnings, Global Head of Golf at IMG, commented, “Brooke’s tremendous talent on the golf course is exceeded only by her positive and engaging personality. We are delighted to help Brooke make the transition into professional golf and very much look forward to helping her achieve all of her goals both inside and outside the ropes.”

“Through outstanding competitive results and a commitment to excellence, Brooke has proven herself to be a special talent, demonstrating all of the necessary characteristics to make a successful transition to the professional golfing ranks,” said Jeff Thompson, Golf Canada’s Chief Sport Officer. “She has been a huge part of the Team Canada program which is designed to challenge our top athletes through exposure to the highest levels of training and competition. We are proud to have played a role in her development and will continue to support her in this next exciting stage of her career.”