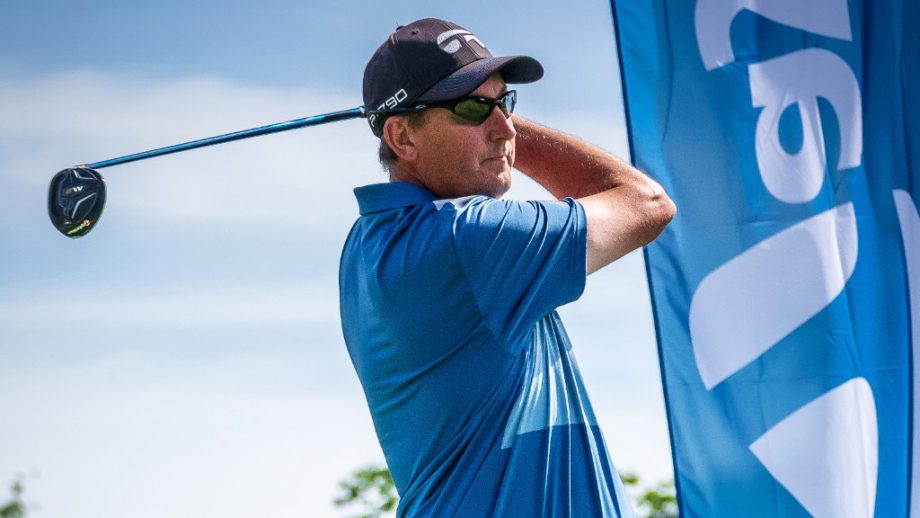 Acton, ONT. – After years of playing professional golf, Vancouver’s Bryn Parry is well educated about the strengths and weaknesses of his own game.

“Over the years I’ve learned what I can and can not do,” Parry said. “I don’t tend to try things that I don’t think I can pull off—so I’m hitting what I consider to be the easiest shot for me at the safest target.”

Apparently, he thought he could pull off a fair bit, though. His scorecard backed it up.

Parry opened his PGA Championship of Canada presented by TaylorMade and adidas Golf with a birdie on the first hole at Credit Valley. He then made a bogey at the sixth before reeling off six birdies in a row on holes Nos. 8-13.

“It’s funny because I hadn’t made more than three in a row all year,” Parry admitted. “But I made some putts out there and before you know, I had made six in a row.”

“When you’re playing shots that are correct for where the holes are, or the style of the green, or the length of the hole, then the swings you’re going to make are the easiest moves to the biggest targets,” he said. “And I like to play that way, so I feel most secure when I play that way.”

Parry is one of seven past PGA Championship of Canada winners in the field this week at Credit Valley. Additionally, this impressive field features 21 PGA of Canada national championship winners.

Ranked No. 80 on SCOREGolf’s Top 100 Courses in Canada for 2016, Credit Valley last played host the PGA Championship of Canada 25-years ago in 1993, which was won by 12-time PGA TOUR winner Steve Stricker. The club has also recently hosted two PGA Women’s Championships (2010 and 2016) and a PGA Seniors’ Championship in 2015.

Like Parry, King preached patience as the key to success at Credit Valley.

“I was really patient out there today,” King said. “The game plan out here is to get it in the fairway off the tee and control your ball into these greens.”

The 69-player field will be whittled down to the top-16 players following tomorrow’s second round. The final 16 will fill out the match play brackets with the eventual champion winning four match play rounds.