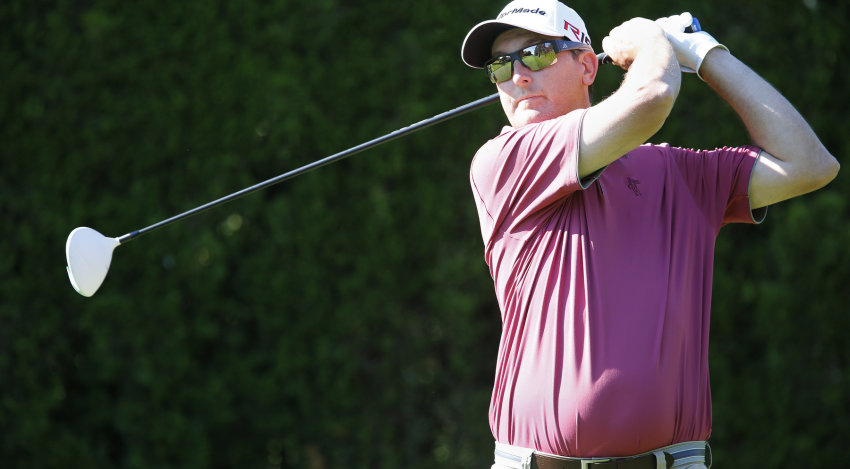 The 43-year old former Web.com Tour member carded nine birdies and two bogeys in his second round to reach 12-under, four clear of Toronto’s Albin Choi through two rounds in Vancouver.

“It’s just been an absolute treat to play golf,” said Parry, who is playing on a sponsor’s exemption this week and works primarily as an instructor at the Bryn Parry Academy at Seymour Creek. “I still don’t have any expectations. I have a few things I’m going to work on that I want to try and accomplish this month, and tomorrow will be a day to try to get better at those things.”

Parry, who finished second in a playoff at the 2007 Henrico County Open on the Web.com Tour, said he’s gained perspective on the game in his post-Touring career, and hopes to take a fresh approach into the weekend without putting too much pressure on himself. “I did play on the Web.com Tour in ’07, but this is certainly a step up for what I do on a day-to-day basis, and it’s a treat. These guys are good.”

“I’ve got hockey with my kids tomorrow at seven o’clock in the morning, so we’ll go do our family stuff and then we’ll come back out in the afternoon and play,” said Parry, who will play with Choi in the day’s final group at 1:10 p.m. tomorrow.

Choi, who captured medalist honours at the Florida Qualifying Tournament last month, posted a bogey-free 67 to reach 8-under through 36 holes.

“The win at Q-School really kind of set things for me and really got me comfortable coming into this season,” said Choi, who was born in nearby Surrey and lived here for the first six years of his life before moving to Toronto. “Coming back here’s always a treat.”

Mackenzie Tour rookie Logan McCracken carded a 6-under 66 to sit in solo third at 7-under heading into the weekend.