Watson on TPC Scottsdale: ‘I don’t like it at all.’ 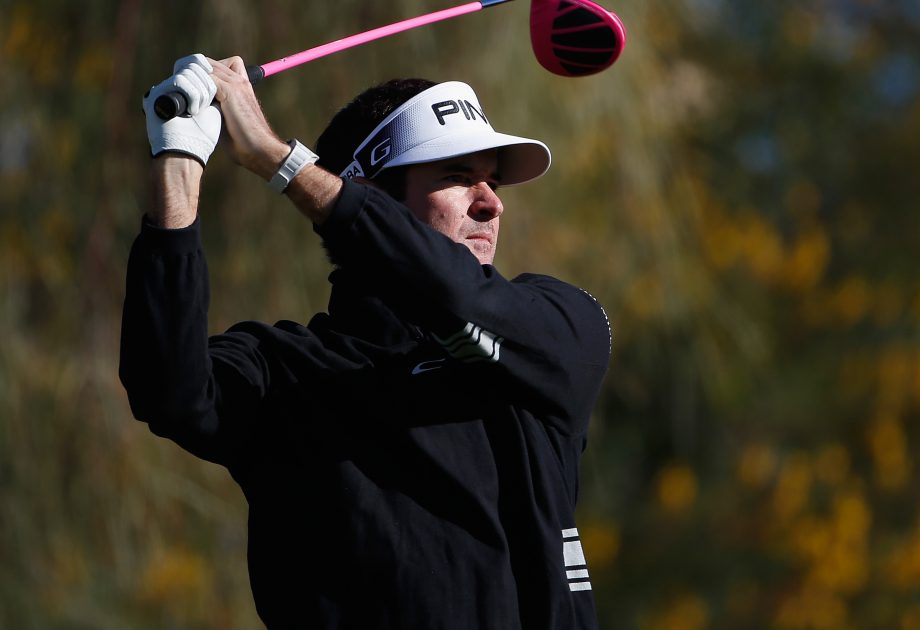 SCOTTSDALE, Ariz. – Bubba Watson took a big swing at TPC Scottsdale’s Stadium Course – with his mouth, not his driver.

“I don’t like it,” Watson said Wednesday, a day before the start of the Waste Management Phoenix Open. “I’m not going to PC it. I don’t like it at all.”

The long-hitting Watson has played well on the course, tying for second the last two seasons.

He reiterated that he’s only playing the tournament out of loyalty to Phoenix-based Karsten Manufacturing, the maker of his Ping equipment, and sponsors Oakley and Stance Socks.

Tom Weiskopf renovated the course in 2014, updating the layout he teamed with Jay Morrish to design.

“But then you have 14, I think 490 (yards) uphill. (For) big hitters, it gets tight down there. No. 8, you’ve got the slope from right to left right in the bunkers, bunkers start at roughly 280, go to about 320. I don’t see that you need to tighten it up. So just to me it just seems like all they did is just tightened it up. Scores didn’t change. It just makes it goofier and tougher.”

The two-time Masters champion does like the par-3 16th, the tournament’s signature stadium hole.

“I think the hole is great,” Watson said. “It’s one time a year. If it was multiple times a year, it wouldn’t be fun. But to do what they have done to create what they have created, it’s a beautiful thing.”

He also praised the condition of the course.

“This is the best shape I have ever seen it,” Watson said. “The greens are running so quick right now. You’re going to make a lot of putts. That’s what I need to do.”

Phil Mickelson is playing for the third straight week after taking a long offseason break. The 45-year-old former Arizona State player missed the cut last week at Torrey Pines after tying for third in La Quinta. He won at TPC Scottsdale in 1996, 2005 and 2013.

“I love coming back here,” Mickelson said. “It’s a special place for me. I lived here for 12 years. The people here have been so nice to me and my family. … I love competing in this tournament.”

Winless in 48 events since the 2013 British Open, he’s working with swing coach Andrew Getson after splitting with Butch Harmon in early November.

“It’s been a long time since my swing is on plane and it’s on plane now,” Mickelson said. “It feels really good, feels really easy. … I just need to be a little bit patient with it, but it’s coming.”

Rickie Fowler is the top-ranked player in the field, at No. 4 a spot ahead of Watson. Fowler missed the cut at Torrey Pines after winning two weeks ago in Abu Dhabi.

“It’s always a week I look forward to,” Fowler said. “Last week was a little hiccup along the way, but looking forward to picking back up where we left off in Abu Dhabi.”

Brandt Snedeker is coming off a victory at Torrey Pines. He closed with a 3-under 69 in wind and rain Sunday and ended up beating K.J. Choi by a stroke Monday.

“I’m obviously playing some good golf,” Snedeker said. “Fatigue is something I worry about after a week like last week. So, yesterday, I took almost completely off. I feel better today, feel more well-rested. Played well in the pro-am, so excited about teeing it up tomorrow.”

A frost delay is expected Thursday morning, with a forecast high of 63 degrees. It is supposed to warm up a couple of degrees each day.