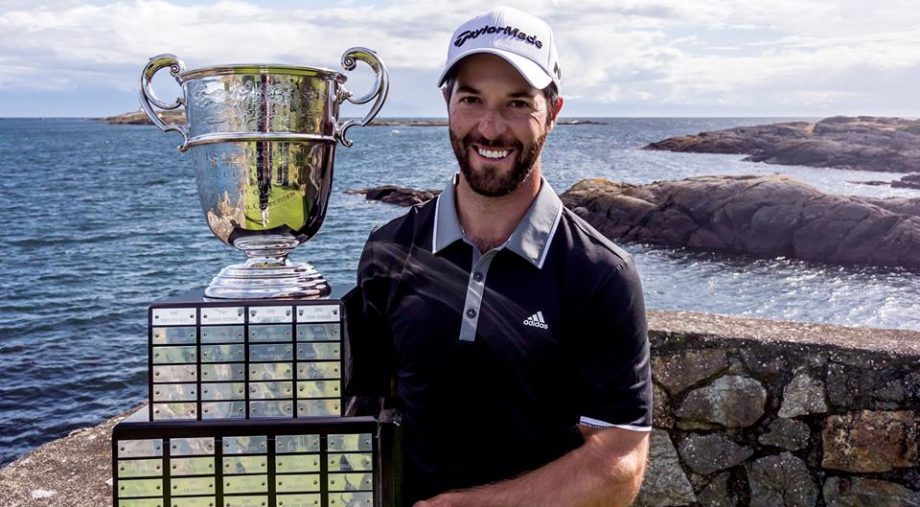 “It’s an honour and a privilege to have your name on a trophy that’s as historic as the P.D. Ross,” Bussieres said.  “To be beside names like Arnold Palmer, Lee Trevino and George Knudson is really something,” he said, adding, “but they’re legends of the game and I’m just trying to get better and keep winning trophies.”

Bussieres admitted two things after his win: he hasn’t been playing much golf this year and he felt his nerves during the week.

“Honestly, I haven’t been playing a whole lot this year,” he said. “I’ve been busy working in the shop and teaching lessons, so my schedule has been pretty full.

“I’ve been pretty relaxed all week, but I was a little nervous during my first match against Oliver (Tubb). When you’re low medalist and are seeded No. 1, you don’t want to be ousted right away.”

After claiming medalist honours earlier in the week, Bussieres defeated Tubb, Kevin Black, Phil Jonas and Walsh on his path to the championship title.

In the third place match, Jonas defeated Bryn Parry 1-up.

With the championship win, Bussieres not only takes home the P.D. Ross Trophy and a $15,000 winner’s cheque, he also earns 60-ranking points and moves inside the top 10 on the PGA of Canada Player Rankings.