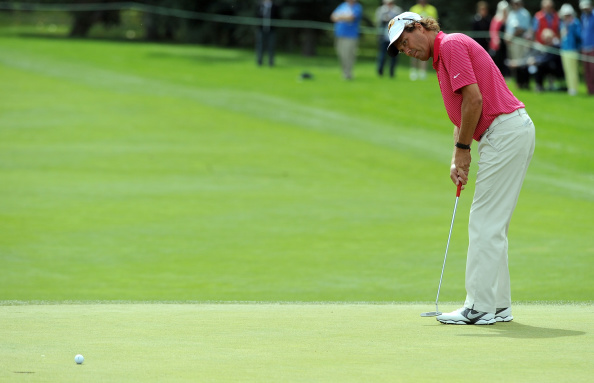 Ames, who has played a mix of Champions Tour and PGA TOUR events since joining the senior circuit last spring, will make his second appearance in the tournament he helped bring to Calgary two years ago. Ames is part of the six-person philanthropic Patron Group who has backed the award-winning tournament that doles out record-setting charitable donations for youth-based charities in Alberta.

“This is the back nine of my career so I am thrilled once again to have the opportunity to play in a Tour event in a city that is very special to me,” said Ames, who also spends time living in Vancouver. “Many of us worked very hard for a long time to bring an event of this caliber to this market. Hopefully I will play well and it would be great to have a Canadian at the top of the leaderboard on Sunday.”

Another local boy, Darryl James, will take advantage of a sponsor’s exemption to tee it up with a star-studded international field that includes the best senior golfers on the planet. James, an instructor with the National Golf Academy in Calgary, was a Tuesday qualifier for last year’s tournament. James made it to the final stage of qualifying school, but came up short in his bid to earn one of five full-time cards for the senior circuit.

“Qualifying last year was an absolute dream come true. It was the biggest day of my life,” said James, who was on-hand at Canyon Meadows Golf and Country Club for the third annual media day horse race competition on Wednesday. “The experience kind of reignited the fire in me to start playing more competitively again, and I hope to build on the knowledge gained last year to put in a strong showing next week. I am grateful to everyone at the Shaw Charity Classic for providing me with this opportunity.”

Born in St. Catharines, Ont., Spittle is the lone Canadian to win a Champions Tour event since joining the 50-and-over Tour in 2005. A three-time finisher in the top-10, Spittle who is recognized as one of the nicest guys on Tour captured the 2010 AT&T Championship in San Antonio, TX.