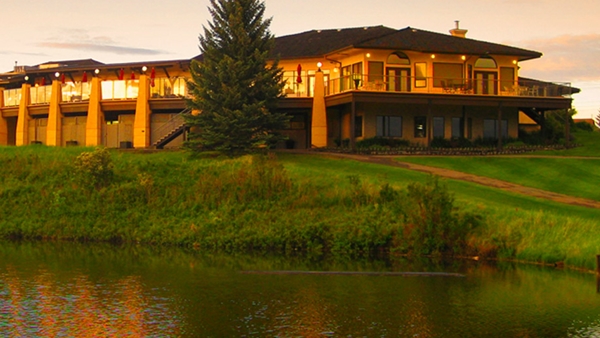 Josh Gardner never expected to be rescuing anything more than some bad golf swings when he went to work as head pro at Canyon Meadows Golf and Country Club this past weekend.

However, the Calgarian got the shock of a lifetime when, mid-lesson, a minivan lost control and traveled onto the course and into one of the ponds.

“I heard a bang and then I saw it go airborne, through the air, right into the middle of the pond,” he told the Calgary Sun.

Gardner instructed his students to call 911 as he tried to yell for the man’s attention. When he didn’t respond, Gardner says he “just made the choice to go into the water,” which he later described as his “natural instinct” in the situation.

Gardner took action as the van started sinking, “I didn’t think twice, I just knew he was going down and someone had to get in the water and help him,” he added in his interview with the Sun’s Jenna McMurray.

The van had traveled about 20m out into the center of the pond and was sinking in water he estimates to be about 12 meters deep.

Gardner got the man free from his seatbelt, as the water rapidly passed his chest level, and swam him toward the shore where bystanders were ready to help him onto land.

Belief that someone else might have still been trapped in the van sent Gardner out into the pond again, but fortunately there was no one else inside the van as it submerged.

Divers from The Calgary Fire Department’s Aquatics Rescue team arrived and confirmed there was no one else inside of the vehicle.

The rescued driver, a man in his 40s, was taken to hospital and the cause of the incident was under investigation.

“It’s a great feeling, but really I just did what anybody would do,” he coyly added.