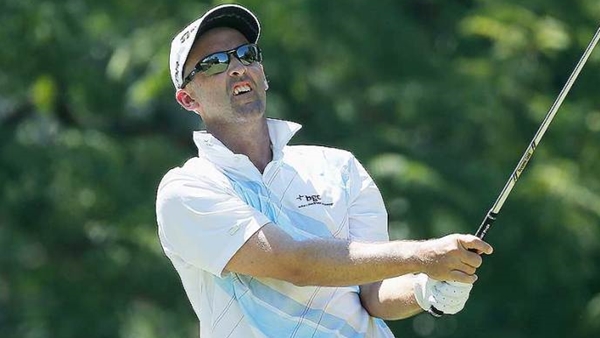 “It feels unbelievable,” said Percy, making his 131st start on the tour. “I’ve been playing well for a while. To get out with a win feels fantastic.”

Brandt Jobe, Zac Blair, Michael Kim and Carlos Sainz Jr. tied for second. Jobe finished with a 65, Blair had a 66, and Kim and Sainz shot 67. Kim was penalized a stroke on No. 18 for lifting his ball in the rough.

“I was in the first primary cut and it’s been muddy all week,” Kim said. “I wanted to check if there was mud on the ball anywhere for the lay-up. I marked it, I picked it up, and I put it back right where it went. The rules official came over because we weren’t’ sure if that was a penalty or not. And he told me it was a one-shot penalty. … It’s pretty disappointing.”

Percy drove into the left rough on the par-5 18th and hit a hybrid from 208 yards through the green. After a free drop from a sprinkler head, Percy got up-and-down for the victory.

“It’s amazing what goes through your head,” Percy said. “I got lucky that ball was next to the sprinkler.”