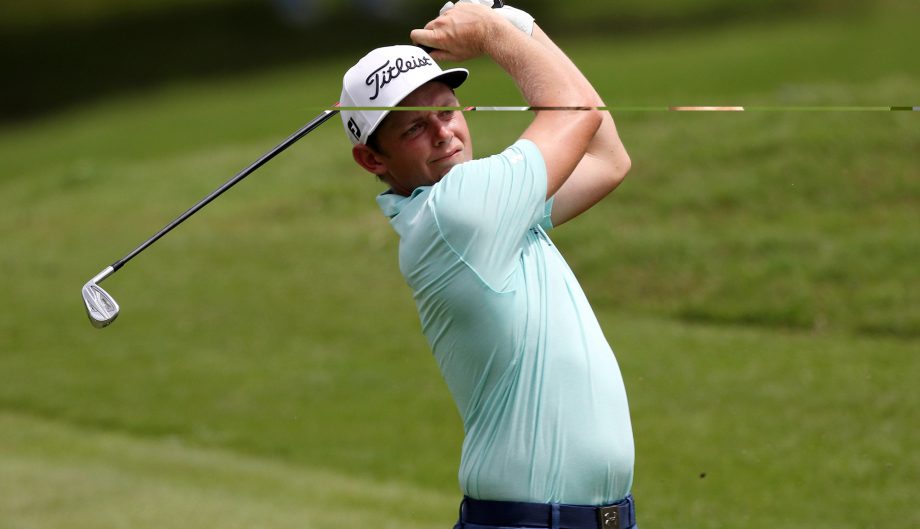 KUALA LUMPUR, Malaysia – Justin Thomas collected the Jack Nicklaus Award as the U.S. PGA Tour player of the year a couple of days before heading to Malaysia in a bid to win his third successive CIMB Classic.

Little wonder then the two-time defending champion was slightly off his game in the first round on Thursday, managing only a 2-under-par 70 to sit six strokes behind leader CameronSmith of Australia.

Smith opened with a blemish-free 8-under 64 and leads a U.S. PGA Tour event after the first round for the first time in 64 starts.

Keegan Bradley, Xander Schauffele and Poom Saksansin of Thailand were tied for second at 7 under.

Brendan Steele, coming off a victory last week at the Safeway Open, had an opening 67 to be three shots off the lead.

Thomas has barely had time to catch his breath after winning the FedEx Cup and playing in the Presidents Cup. He won his first tour title here two years ago. He successfully defended it last year, and has had a transformative 2017 in which he’s won five titles and his first major, the U.S. Open.

He’s aiming to be the first player to win the same tournament three years in a row since Steve Stricker at the John Deer Classic from 2009-11.

Schauffele, the U.S. tour rookie of the year, said he was taking plenty of notice of how Thomas approaches this course and is trying to keep it simple.

“The rough has been up apparently compared to last year, that’s what Justin told me,” he said. “I pretty much tried to copy everything that he did because I figured he’s a good guy to imitate out here.”

Thomas mixed five birdies with three bogeys. Schauffele and Poom made seven birdies to go into early contention, while Bradley eagled the 12th hole to make amends for his sole bogey.

Smith, an Australian, posted a blemish-free round of eight birdies, including five on the front nine for a 64.

He’s chasing his second title of the year after winning the Zurich Classic in April.

The American trio of Kevin Na, Gary Woodland, and Pat Perez were also in contention in the Asian Tour event after carding 66s.

Hideki Matsuyama, the 2016 runner-up, faltered with two bogeys to sit with Thomas in a tie for 23rd place.