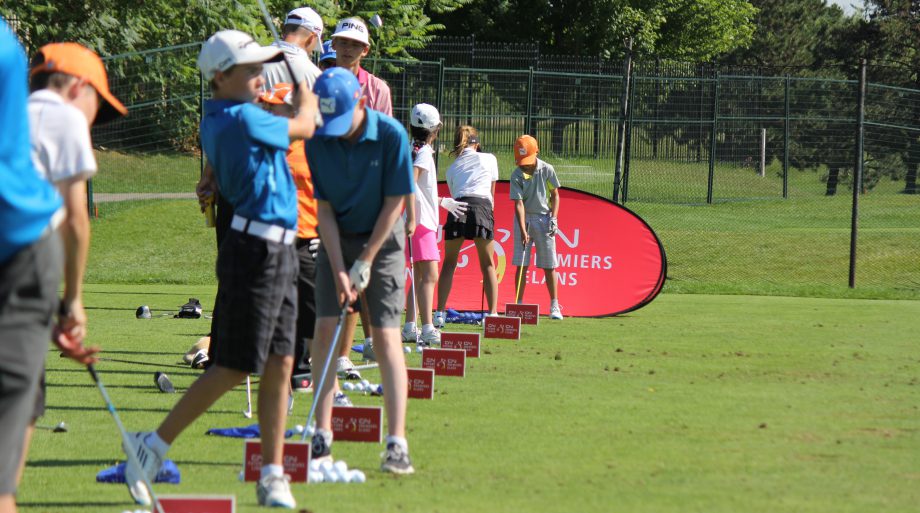 Behind every successful junior golfer there is a vital mentor, teacher, instructor or coach. For instance, do you think Canadian Golf Hall of Famers Marlene Stewart Streit and Gary Cowan would have reached such dizzying heights around the world had they not worked with Gordon McInnis, Sr. and Lloyd Tucker, respectively, when they were young?

From coast to coast, Canada has been blessed with many wonderful junior golf instructors, coaches and PGA of Canada professionals that have kept the cradle of golf alive in this country.

Each of the current crop of Canadian professional stars like Brooke Henderson, Alena Sharp, Nick Taylor, David Hearn, Graham DeLaet and Brad Fritsch had mentors too. And their success serves as a carrot for aspiring young golfers today.

“When you see all the good players like Brooke Henderson that Golf Canada has helped to produce through its national team programs you see a lot of young athletes who want to play golf to become the next Brooke Henderson or whoever,” said Dave Smallwood, who runs the successful Golf Performance Centre at Whistle Bear GC in Cambridge, Ont.

“Golf Canada and the provincial golf associations have done a great job with their [National Junior Golf Develop- ment Centres].”

Smallwood was a successful club pro for more than two decades, but about 10 years ago he decided to move solely into a coaching role.

“For me, it’s not only rewarding to coach juniors, the move allowed me to specialize,” said Smallwood, a PGA of Canada Class “A” member. “As a club pro you obviously have to wear many hats and one of those hats used to be instruction.

“To have professionals who can now specialize in instruction has im- proved the quality of teaching or coaching better than technology and we have many more teachers suitable for player development.”

Smallwood has seen the quality of play among junior golfers evolve and improve in his time as a coach because there is “actual coaching going on.”

At Whistle Bear, the students of Smallwood and his staff are working on their games all season long because of an indoor facility.

Launch monitors, video, mental coaching and work in the gym are areas that encompass the best junior teachers in Canada. It’s not just about the fundamentals anymore.

“If you have a junior who wants to be the best he or she can be, you have to offer all the tools they may need,” Smallwood said. “Whether it’s technology, proper club fitting, whether it’s sports psychology, strength and conditioning or quality instruction, all my players have that. There are no limitations.”

“When I was a young golfer I never had that. I didn’t have a high-end player to idolize. It’s revolutionary what’s going on in Canada.”

One thing that hasn’t changed, however, is keeping golf fun. It’s always a challenge with such a difficult sport to learn and young athletes have other options to pursue.

That’s why when you arrive at the Brian Affleck Golf Academy in New Glasgow, N.S., you may wonder if you’re at a hockey school, soccer academy or golf academy.

Affleck isn’t afraid to bring out hockey sticks or have his students kick soccer balls to better understand the body motion required for a successful golf swing.

“Yeah, we have a few unconventional methods,” said Affleck, who has seen his program boom from 43 students when he opened his facility in 2013 to more than 300.

“My biggest philosophy is that everybody is different, so I don’t try to teach everybody the same golf swing,” Affleck said. “I try to teach them a swing that is natural to them and then we find a way to make that work.

“This way they enjoy it more and really that’s the ultimate goal — find a way for them to enjoy themselves playing golf.”

A common approach among Canada’s top junior golf coaches is to treat the young golfer as a young athlete.

Golf Québec’s provincial coach Fred Colgan was a baseball player first, then got hurt and fell in love with golf. He opened his first golf academy in Quebec City 25 years ago and has seen quite a difference in the type of young people who are playing golf.

“Golf has become a sport,” Colgan said. “There no longer are players who look like Craig Stadler or John Daly.

“I’d say in the past 10 years the game of golf has improved in all kinds of directions and one has been teaching or coaching. You have swing fundamentals, short game, mental therapists and trainers so the golfer becomes an athlete too.”

Colgan and his team have been successful because of their commitment to developing their high-performance students not just with their swing skills but their life skills.

“You have to be committed to coaching a person over a long period of time,” said Colgan, who is a leader in delivering Learn to Compete, Golf Canada’s latest development program.

“Golf is more than a sport, it’s a way of life. You’re teaching them to set goals, planning a day, making them a better player and a better person.”

His aim is three-fold: to keep the game fun; the importance on being an athlete first and golfer second; and a family and life-skills approach.

“Golf is an activity you can do as a family for your entire life,” said Gallant, who enjoys working with juniors of all ages and all levels. “You don’t see a family playing hockey together at the rink or playing soccer together on the same pitch.

“There has to be enjoyment and fun first. If kids aren’t having a good time at something they are probably not going to want to continue to do it because there are so many things for them they can do.”

One of the attractions to golf over time has been how it can bleed into other areas of life. Discipline, work ethic, commitment, honesty and life skills are areas long been associated with golf and are areas that Colin Lavers teaches at the state-of-the-art instruction facility at Seymour Golf and Country Club in Vancouver.

“I love teaching juniors because I want them to learn to love the game the way I did when I was their age,” Lavers said. “Some of my best memories as a child were spending the summer at the golf course from ages 12 to 18.

“One of the great things about juniors is they have more time to spend working on their game compared to adults, so they see improvement. The more they improve, the more they want to play and the better they play the more they believe in themselves.

“It’s a lot of fun to see a junior golfer go from a 30 handicapper to a two handicapper and be along for the ride.”

People like Lavers, Gallant, Colgan, Affleck and Smallwood are a small sample of why the game is in good hands in this country.

Will juniors be the answer?

Programming and membership created specifically for junior players are key to the survival of an Ontario course.

A neat development over the winter took place in Brantford, Ont., when the Arrowdale Municipal Golf Course was up for closure but then saved.

With support from Golf Canada CEO Scott Simmons, a Brantford native, the nine-hole layout is staying open. Jeff Moore, the director of golf operations for the five city courses in Brantford, found a way to rescue Arrowdale by introducing two new programs aimed at getting young golfers involved in the game.

The second program will offer a new Junior Junior membership for $100, plus tax, that includes unlimited play after 11 a.m. as well as reduced green fees for a parent or adult wishing to accompany the junior golfer.

Moore came up with the idea when he studied the membership statistics of both Arrowdale and Northridge Municipal Golf Course in Brantford. He discovered there were 114 juniors at the 18-hole Northridge club, but only 11 junior members at Arrowdale.

“I started thinking Arrowdale would be the perfect place to introduce it to give them the start,” Moore told Brant-News.

Moore’s hope is that juniors will ignite their passion for golf at Arrowdale and continue to play at Northridge as adults.

“I think it’s going to be a win-win for both operations,” said Moore, the 2011 Ontario PGA Junior Leader of the Year, who along with his son, Zac, will teach biweekly short game clinics for the juniors on Saturday afternoons in June through August.

“I’ve always had a passion for working with the juniors. I’ve always operated under the premise if you take care of the kids, the parents aren’t going to be too far behind.”