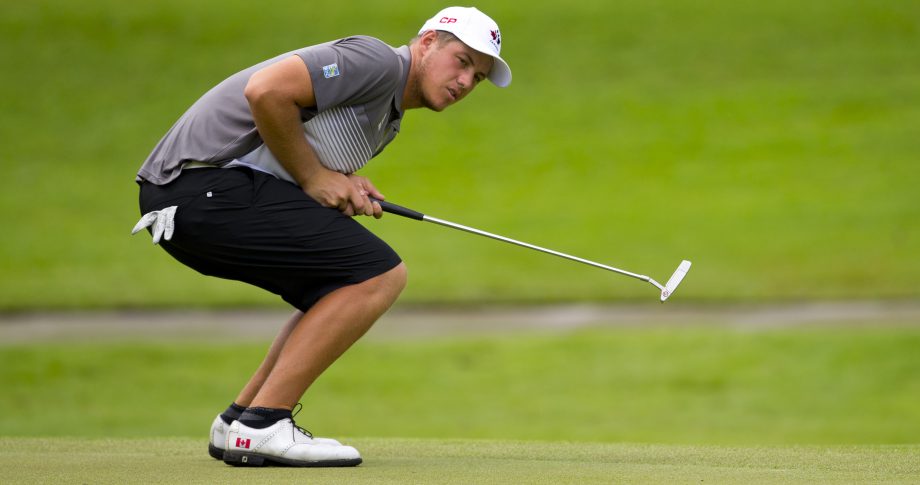 Playing in the morning wave, Canada improved its standing 12 places with an 8-under 136 and is now tied for 11th. Bernard, the 2016 Canadian Amateur champion, carded a 66, while Garrett Rank, who works as a National Hockey League official, had a 70.

Bernard birdied three of the four par 3s. He struck an 8-iron to within 8 feet at No.8 and hit a three-quarter pitching wedge to set up another birdie at No. 15.

“He’s a wonderful iron player,” said Doug Roxburgh, who has served as the Canadian captain seven times. “I have only seen him hit a couple of irons that were not directly at the pin. He’s a big, strong guy who takes advantage of his length.”

Jared du Toit, Kimberley, B.C., the best trio in the first two rounds, tallied a 3-over 75, which didn’t count for Canada. After 54 holes, Canada has a cumulative score of 10-over 420.

Ireland moved into second place at 16-under par after registering a third-round 135.

England, Austria and Poland are tied for fourth at 13-under.