Canada looks to bounce back in round 2 of World Amateur 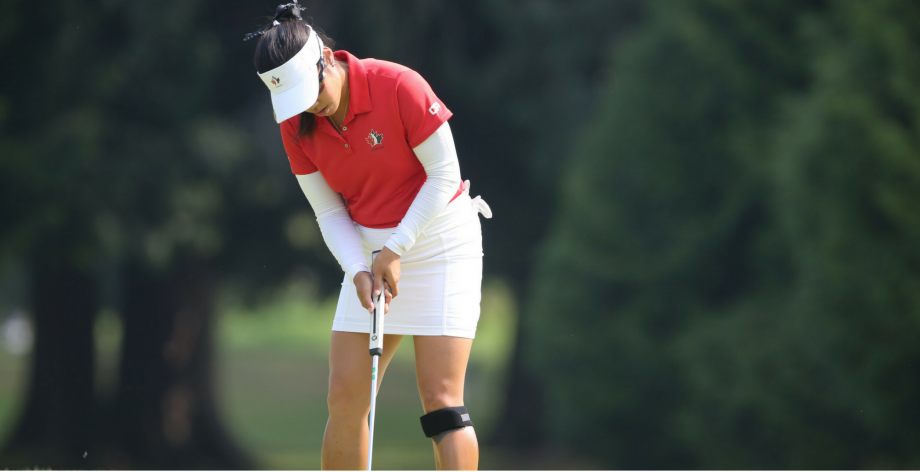 MAYNOOTH, Ireland — Team Canada will look to bounce back during round two of the World Amateur Team Championship as they chase down Canada’s first Espirito Santo Trophy.

The Canadian trio, consisting of Team Canada’s Amateur Squad members Jaclyn Lee, Naomi Ko and Maddie Szeryk, started the tournament on shaky ground, posting a first-round score of 10-over par to sit in a tie for 39th.

21-year-old Lee leads the Canucks heading into Thursday’s second round after carding wa 4-over 76 for a share of 75th individually. Teammate  Ko of Victoria, B.C., finished one-stroke higher at 6-over and sits tied for 103rd.

The third and non-counting score was registered by Allen, Texas product Szeryk, who posted an 8-over 80.

Conducted every two years, the World Women’s Amateur Team Championship has been staged since 1964, with the winner earning the Espirito Santo Trophy. The World Amateur Team titles are contested over four days of stroke play.  In each round, the total of the two lowest scores constitutes the team score for the round. The four-day total is the team’s score for the championship.

Though Canada has never won, they have earned runner-up honours four times in the championship’s history, the last time being in 2014 when the Canadian team of Brooke Henderson (Smiths Falls, Ont.), Augusta James (Bath, Ont.), and Brittany Marchand (Orangeville, Ont.) lost by two strokes.

Yuka Yasuda, 17, posted a bogey-free and record-tying 7-under-par 65 on the par-72 Montgomerie Course to propel Japan to a two-stroke lead over the People’s Republic of China in the first round.

“My short game and putting were very good,” said Yasuda, No. 22 in the World Amateur Golf Ranking™, who tied the first-round 65 shot by countrywoman Rikako Morita in 2006 in South Africa. “I was hitting shots solid today and sinking three- to four-meter putts – that was pretty good today. I was very confident putting.”

Teammates Yuna Nishimura and Yuri Yoshida each shot 1-under 71 for a team total of 8-under 136, which is just one stroke off the WWATC first-round team mark of 135 set by Canada in Japan in 2014.

The People’s Republic of China, which played on the par-73 O’Meara Course was led by Mohan Du. With birdies on her first three holes and five total on her front nine, she shot a 6-under-par 67. Du, 16, reached 7-under through 15 holes but bogeyed the 16th and 17th before a finishing birdie, which gave her eight birdies against two bogeys. Her teammate Ruoning Yin, 15, added an even-par 73 for a 6-under team total of 140.

Defending champion Republic of Korea and Austria share third position at 4 under with Australia and Ireland tied for sixth at 3 under; the USA and Hong Kong, China are tied for eighth at 2 under and Venezuela and Italy are tied for 10th at 1 under.

Hoping to gain momentum for her team, Ko will be the first Canadian to tee off in the second round at 7:45 local time, followed by Lee at 7:56 and Maddie at 8:07.