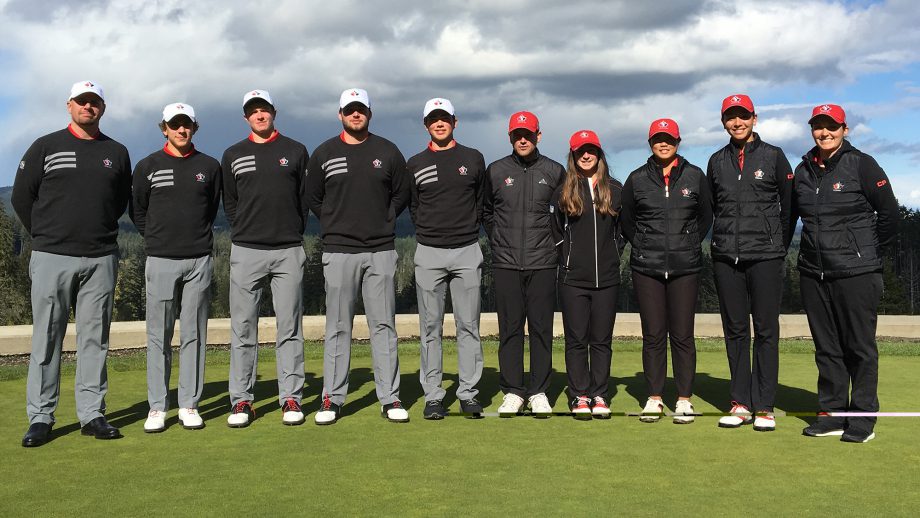 In the boys division, Canada traded shots with Mexico through the 54-hole event but found themselves trailing heading into the final stretch. A late push by the four-man Canadian squad saw the contingent force a tie for the lead after going 5 under collectively on the final three holes. The two teams netted out tied at 23 over par, each grabbing one of two qualifying spots available on the boys side.

Canada was led by rookie Johnny Travale of Stoney Creek, Ont., who closed with a 1-under-par 70 to finish in solo second. The 17-year-old’s round was highlighted by an eagle on the par-5 18th, which helped lift Canada into the eventual tie with Mexico.

Medallist honours was won by Mexico’s Mauricio Figueroa, who concluded the event with a three-stroke cushion over the field at 1 over par (77-69-68).

“My putting game was really good this week – I rolled the ball like I wanted to,” said Dao, who was quick to credit the new centralized program at Bear Mountain. “It’s a great program, going to the gym, being with the team and practicing, also learning so much preparing for college – it’s great.”

Not far behind was teammate Monet Chun of Richmond Hill, Ont., who posted a total score of 8 over par (76-72-73) to finish solo second.

Canada will be among 23 other nations to compete in the upcoming Toyota Junior Golf World Cup which takes place June 10-15 at the Chukyo Golf Club in Toyota City, Japan. Canada’s most-recent finish at the event was in 2016 with an 11th place result in the boys division.