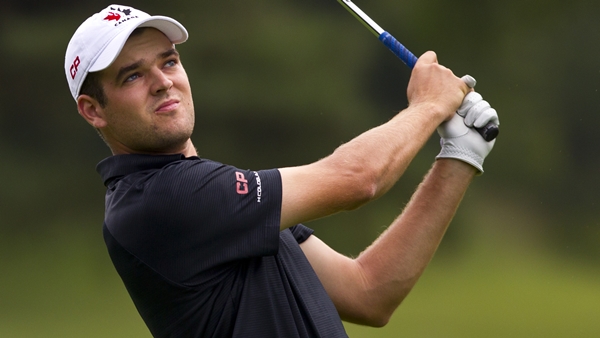 KARUIZAWA, Japan – Team Canada’s trio combined for an 9-under 133 on the Oshitate Course to sit in a tie for third after 54-holes at the World Amateur Team Championship at Karuizawa 72 Golf East.

Overall, the Canadian contingent sits at 25-under par, tied for third with Spain, three strokes behind second place Sweden, and six back of the leading Americans.

U.S.A made a surge up the leaderboard thanks to Bryson DeChambeau’s record-setting 61. DeChambeau closed out his round with six consecutive birdies to lift the Americans into sole possession of first place.

The Canadians were led by Adam Svensson, a 20-year-old Surrey, B.C. native. Svensson, entering his junior year at Barry University, carded a 5-under 66 that was highlighted by a string of four birdies over six holes on the back nine. He currently shares a tie for 17th on the individual leaderboard.

The other Canadian score counting for the day was posted by Listowel, Ont. native Corey Conners. This year’s U.S. Amateur runner-up recorded a 4-under 67, with an eagle on the par-5 15th. The 22-year-old Kent State graduate leads the Canadians individually at 12-under par in a tie for 8th.

Taylor Pendrith of Richmond Hill, Ont. shot a non-counting 69 as the team’s highest score for the day. He shares a tie for 17th with Svensson and three others.

The Canadians will look to make a run at the lead in tomorrow’s final round on the Iriyama Course. They tee-off starting at 11:35 a.m. (JST), grouped with Sweden and the U.S.