Canada stumbles in first round of Espirito Santo to sit T23 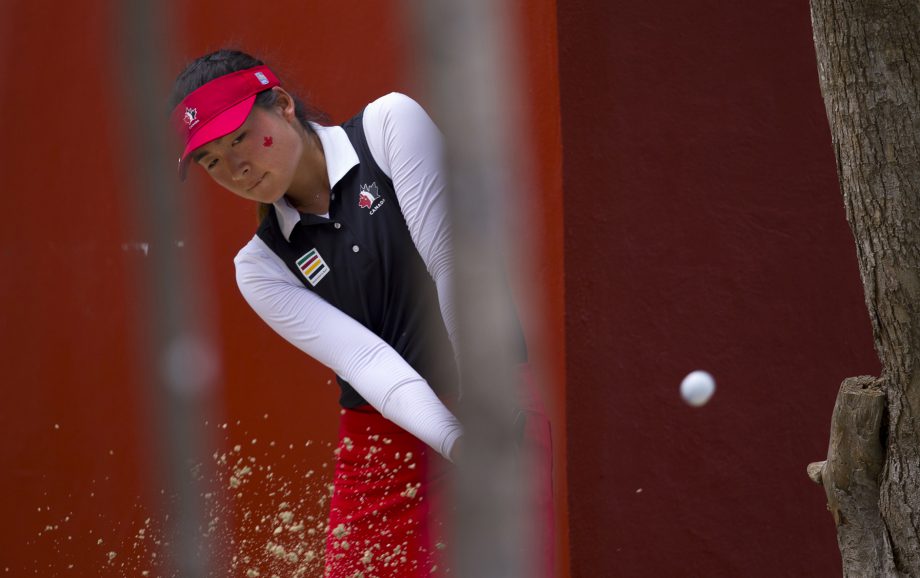 Sisters Morgane and Kim Metraux, shot 68 and 69, respectively, for a 7-under-par total of 137 to propel Switzerland to a one-stroke lead over the Republic of Korea after the first round of the 27th Women’s World Amateur Team Championships (WWATC).

The team’s score of 137 on the par 72, 6,295-yard/5,752-meter Mayakoba El Camaleon Golf Club ties for the third-lowest first-round score in championship history.

Starting on the 10th hole, Morgan, 19, finished her round on the outward nine at 5-under-par 31, which included a three-hole stretch in which she recorded two consecutive birdies followed by an eagle. She ended her round with a birdie on the ninth for a 4-under 68.

“I actually had a bad nine to start with a double bogey but I made a 90-foot putt for an eagle on the fifth hole, my 14th,” Metraux said. “I just focused and the score just came. It is always better to just try to enjoy the day. I think I only missed one or two fairways, which is the key here.”

Her older sister Kim, 21, posted four birdies and a bogey for her 3-under 69 and was visibly proud of the team’s accomplishment.

Teammate Azelia Meichtry shot a non-counting 1-over 73 and said: “It’s nice and kind of an unexpected first day but it is well deserved. We all get along together very well.”

The siblings, playing in their second consecutive WWATC, are members of the Florida State University women’s golf team.

“I didn’t expect to be tied for the lead on the individual leaderboard, but I am very happy,” said the 16-year-old Park. “I am really willing to make history and win the championship as Korea did in 2010 and 2012 because those players have had great success on the LPGA Tour and I want to follow in their footsteps so that other juniors can look up to me the same way I look up to them.”

“On the front nine all of us were struggling and I really didn’t expect to be in this position but on the back nine all of them got back to their routine,” added Republic of Korea captain Sang-Won Ko. “I’m really proud of them to be one off the lead today.”

In third position at 142, five strokes behind Switzerland was Japan. Nasa Hatoaka and Hina Arakaki both shot 1-under 71.

“We had a three-day camp in Houston (Texas in the USA) before we got here and we practiced putting and chipping and short game drills,” said Japanese captain Tomoko Sakamoto.  “We had a great camp and they are ready to score well but we have to avoid the hazards so we can score better than today.”

The Canadian trio struggled out of the gate, posting a first round score of 5-over par to sit in a tie for 23rd, 12 strokes back of the lead. Maddie Szeryk, 20, of Allen, Tex., led the Canucks with a 2-over 74 for a share of 30th individually. Teammate Naomi Ko of Victoria, B.C., finished one-stroke higher at 75 (+3) and sits tied for 50th. The third and non-counting score was registered by St-Georges-de-Beauce, Que., product Josée Doyon, who posted a 6-over 78.

In the top 10 team scoring list, The People’s Republic of China was fourth at 1-under 143, followed by Mexico, the host country in fifth at even-par 144. Thailand was sixth at 145. Tied for seventh at 146 were Austria, Chinese Taipei, Ireland and USA.  Australia, Ecuador, England, Italy, New Zealand, Norway and Puerto Rico were tied for 11th at 148.