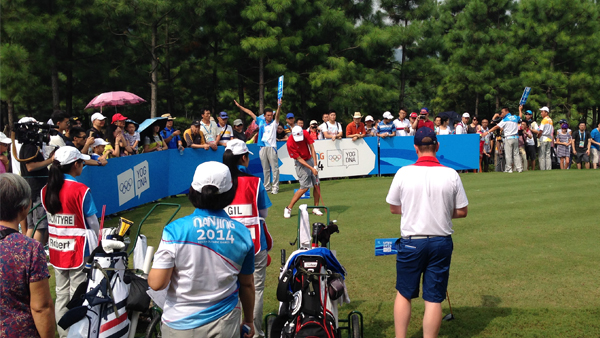 NANJING, China – After three days of stroke play, Canada’s Maddie Szeryk and Tony Gil have finished T15 and T22 in their respective divisions.

Szeryk, a dual-citizen of Canada and the U.S., carded three consecutive rounds of 74 to finish at 6-over par in a tie for 15th.  The 18-year-old had a steady final round, posting 16 pars to go along with two bogeys, putting her at 2-over par for the day.

The gold medal for the girls went to Korea’s Soyoung Lee, who finished at 14-under par. Silver was won by Ssu-Chia Cheng of Taiwan, and bronze by Supamas Sangchan of Thailand.

In the boys division, Tony Gil of Vaughan, Ont. struggled to mirror the success of his Tuesday’s opening round 69 – the 16-year-old posted a 4-over 76. In the end, the Team Canada Development Squad member finished at 4-over (69-75-76), 15 strokes back of the gold medal winner, Italy’s Renato Paratore, the no.5 ranked male amateur in the world.

Team coach, Robert Ratcliffe has identified some areas that they will focus on to improve results heading into the team competition later this week.

“We are really going to be working on some putting in the next few days,” said Ratcliffe, also Team Canada’s Lead Development Squad Coach. “The greens are very soft and a bit slower here, which caused some struggles for both Maddie and Tony.”

Team competition will run for three days, consisting of a different format each round. Sunday’s opening round will be better-ball, followed by alternate shot, and then by combined score.

Team competition will kick off at 8:30 am (CST) on Sunday.