Canada tied for 10th heading into final round at World Amateur 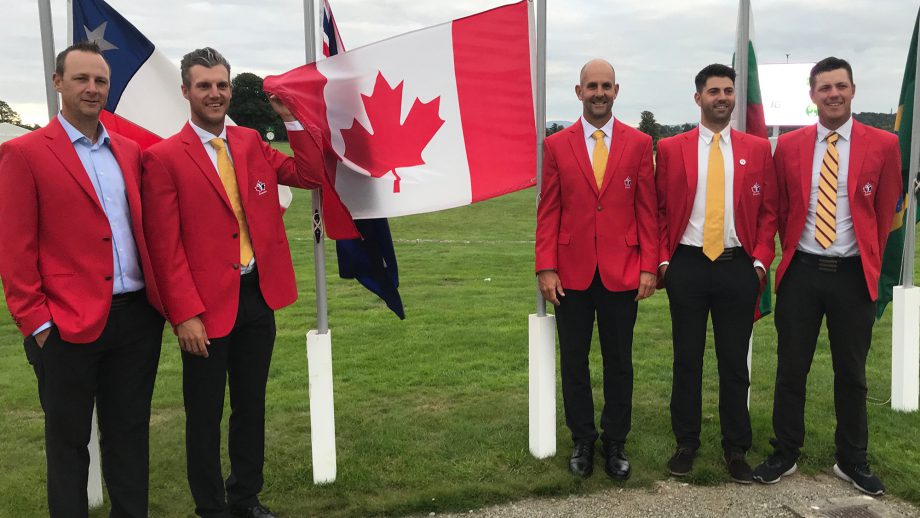 MAYNOOTH, Ireland – New Zealand lengthened its lead to three strokes after 54 holes at 30-under-par 404 powered by a 7-under 65 from Denzel Ieremia and a 3-under 69 from Daniel Hillier and positioned itself to claim its first medal since winning gold in 1992.

“That would be really cool,” said Ieremia of emulating the 1992 team of Michael Campbell, Phillip Tataurangi and Stephan Scahill. “I played college golf and I have always said that winning a team event is way more thrilling than winning an individual one. To have an opportunity to try to convert tomorrow is pretty cool.”

Spain and the USA also posted 10-under team scores to join Thailand in a share of second place at 27-under-par 407.

The Spanish posted a 6-under 66 from Angel Hidalgo and a 4-under 68 from Alejandro Del Rey while the Americans logged a 66 from Collin Morikawa and a 68 from Justin Suh.

Italy and first-round leader Denmark are tied for fifth at 408 and Norway, buoyed by the day’s best score of 133 and a 65 from U.S. Amateur champion Viktor Hovland, was tied for seventh with Germany at 412. Austria is ninth at 413 and Canada finishes the top 10 at 414.

“For us, it was another challenge the boys did well with it,” said New Zealand captain Bryce Hamer. “They worked really hard. They just love playing golf. They will look at tomorrow as another challenge. These guys will work extremely hard to do everything to do themselves and their country proud.”

The Canadian trio of Joey Savoie (La Prairie, Que.), Hugo Bernard (Mont-Saint-Hilaire, Que.) and Garrett Rank (Elmira, Ont.) carded a 2-under 142 on Friday to sit at 10 under par, 10 strokes off the pace.

Savoie leads all Canadians at 8 under for the tournament, eight strokes back of leaders Takumi Kanaya (Japan) and Ieremia (New Zealand).

Bernard will lead off Canada’s final-round efforts, teeing it up at 12:15 p.m. local time.