Canada tied for second after first round of World Jr. Boys Qualifier 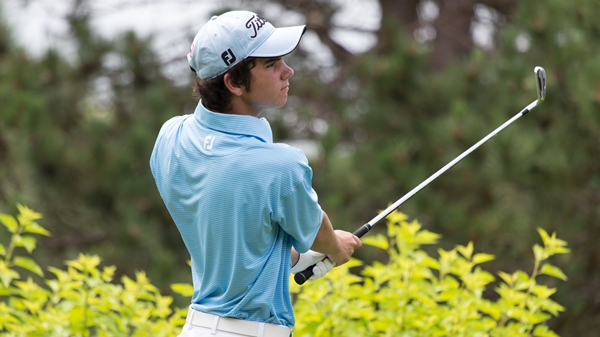 VICTORIA, B.C. – The boys of Team Canada’s Development Squad sit tied for second with Trinidad & Tobago after Monday’s first round of the  World Junior Boy’s Qualifier at Victoria Golf Club.

Calgary’s Matt Williams and Étienne Papineau of St-Jean-sur-Richelieu, Que. were the leading Canadians on the day. They both carded 3-over-par 73s, while teammate Carter Simon of Sutton, Ont. contributed a 5-over 75.

Collectively, the Canadian contingent sits at 11-over par – Tony Gil’s score was the highest on the day and therefore not calculated towards the overall total.

Mexico has a 10 stroke lead, with all three of their players sitting in the top five. Jorge Villar is 1-under, Alvaro Ortiz is at even par and Luis Gerardo Garza is 2-over. As a team, the Mexicans sit at 1-over par.

Trinidad & Tobago was led by WanJoo Le, who fired a 1-over 71 to help his team stay locked with Canada.