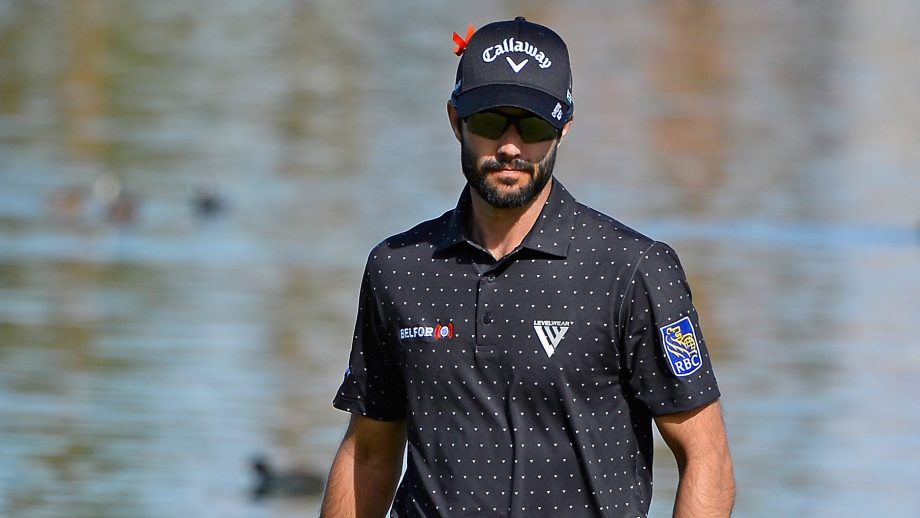 Louis Oosthuizen, a world-class player for the better part of a decade, drilled a long iron into 4 feet for eagle on the par-5 15th and had birdies on two of the short par 4s at Chapultepec Golf Club for a 7-under 64 in the Mexico Championship on Thursday.

Right behind were two players unfamiliar to the world stage, though they sure didn’t play like it.

Shubhankar Sharma, the 21-year-old from India and the only two-time winner on the European Tour this season, holed an eagle chip after making the turn and finished with a wedge into 2 feet for birdie and a 65.

“I was very nervous in the morning, but very happy with the way I put it all together,” Sharma said.

Chris Paisley of England, who followed his victory in the South African Open with a pair of top 5s against strong fields in the Middle East, had his name atop the leaderboard for most of the warm afternoon until he came up short of the 16th and made his lone bogey in a round of 65.

“After the win in SA, I didn’t want to just be happy with winning. I wanted to kind of press on and that’s what I did,” Paisley said. “I’m taking that attitude into the rounds, as well. If you get defensive or you back off at all against players like you’ve got this week, then you’ve got no chance of winning.”

Sharma won his first European Tour event late last year at the Joburg Open, also played at altitude, and then last month he closed with a 62 to win the Malaysian Open. He was in Oman and Qatar before coming over to Mexico, and fatigue was hardly an issue, even walking the hilly course at nearly 7,800 feet above sea level.

Players representing SIX different nations are in the top 10 @WGCMexico.

Check out the highlights from Round 1. ? pic.twitter.com/mpW85GfeG8

“I’m actually relaxed now. I just wanted the first round to get out of the way,” Sharma said. “You’re always very happy when you start with such a low round, especially for me. This is such a big event. I would say this is taking some pressure off me, playing well on this course.”

Xander Schauffele also was at 65, while Rafael Cabrera Bello and Kiradech Aphibarnrat were at 66. Adam Hadwin of Abbotsford, B.C., shot a 1-under 70 to tie for 23rd.

This World Golf Championship lived up to its name for at least one day. The top six on the leaderboard came from South Africa, England, India, Spain and Thailand. The lone American, Schauffele, has a German father with French heritage and a mother who was born in Taiwan and raised in Japan.

Defending champion Dustin Johnson opened with a 69, the kind of round that showed that a slightly softer Chapultepec allowed for low scoring, but there were big mistakes equally available. Johnson found that out on No. 14, his fifth hole of the round. From a cluster of trees, Johnson hit one of them and knew he was in trouble when he could hear the ball go through bushes on the other side of the boundary fence.

Johnson had another shot disappear under a tower. He made six birdies for the round.

“I had some really good holes, I had some really bad holes,” Johnson said. “I felt like I was just struggling all day. But I did putt pretty well. When I did have good looks, I made them, which definitely kept my score at least respectable. The way I hit it, I probably should not have shot 2 under.”

Bubba Watson, coming off a victory at Riviera, also had a 69 and had reason to feel even worse. He was leading at 7 under until running off four bogeys in a six-hole stretch at the end of his round.

Justin Thomas didn’t carry over his best form from last week’s playoff victory at the Honda Classic. He opened with a 72, leaving him eight shots out of the lead.

“It’s probably the worst I’ve ever felt over the ball in my life,” Thomas said.

He played with Johnson and Jon Rahm, who also had enough mistakes to limit him to a 67. Rahm ran off three straight birdies early in the round, but on the par-5 15th, he drove right into the trees and had no option but to pitch out sideways. Then, he sailed his third shot over the green into the bunker, leading to bogey. He also three-putted for bogey on the front nine, though he had plenty of firepower, which was good for Mexico.

Rahm has pledged $3,000 for every eagle and $1,000 for every birdie to relief efforts from the earthquake in Mexico. One round in, the tally is $6,000. Also at 67 was Pat Perez, who celebrated his 42nd birthday on Thursday.

Jordan Spieth, who didn’t decide to play until late last week, opened with a 70.