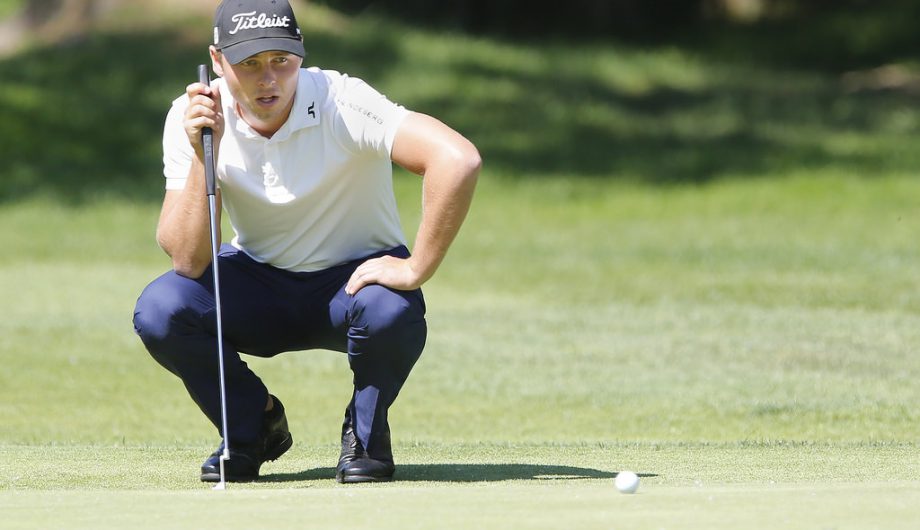 Palm Beach Gardens, Fla. – Canadian Adam Svensson cruised to a seven-shot victory on Sunday at PGA National Resort & Spa to earn medalist honors at the Web.com Tour Qualifying Tournament. The 21-year-old from Surrey, British Columbia, carded a 1-over 72 on the Champion Course for a 20-under-par 266 total.

Former Auburn standout Dominic Bozzelli (70) was alone in fourth at 12-under 274.

With the wind whipping through Palm Beach Gardens most of the day, Svensson could feel the pressure of being in contention weighing on him. The former Barry University Buccaneer made key saves throughout the final round, which allowed him to maintain his hefty lead. When he two putted the 72nd green for par, Svensson exhaled and realized he was one step closer to his dream.

After two stellar years at Barry, Svensson decided to leave after his sophomore campaign to pursue golf full time. In just six starts on Mackenzie Tour – PGA TOUR Canada, the former Division II Player of the Year recorded two runner-up performances and finished No. 9 on the Order of Merit. He also added three top 25s in seven starts on the Web.com Tour

“I was pretty confident with my decision,” said Svensson about leaving school early. “Just being able to start from the bottom and work your way up, I think that’s pretty important.”

With the 2016 Web.com Tour Regular Season set to begin in Panama City, Panama, at the Panama Claro Championship in late January, Svensson’s mission is clear.

“My goal is to win out there and get my PGA TOUR card,” He said.

Svensson’s ambition doesn’t stop there. The Golf Canada Young Pro Squad member would cherish the experience of playing in the summer games next year.

“I would love to play in the Olympics,” he said, when asked about the chance to represent Canada in Rio. “It’s going to be hard, there’s a lot of good Canadians on the PGA TOUR.”

The famous stretch of golf that consists of holes 15-17 on the Champion Course, known as “The Bear Trap,” once again provided players with a tough test. The par 3s (Nos. 15 and 17) tied for the second toughest holes between the two courses, while the par-4 16th finished as the fourth toughest.

There were nearly 1,000 entries for the tournament, which included previous Pre-Qualifying, First and Second stages that began in August.