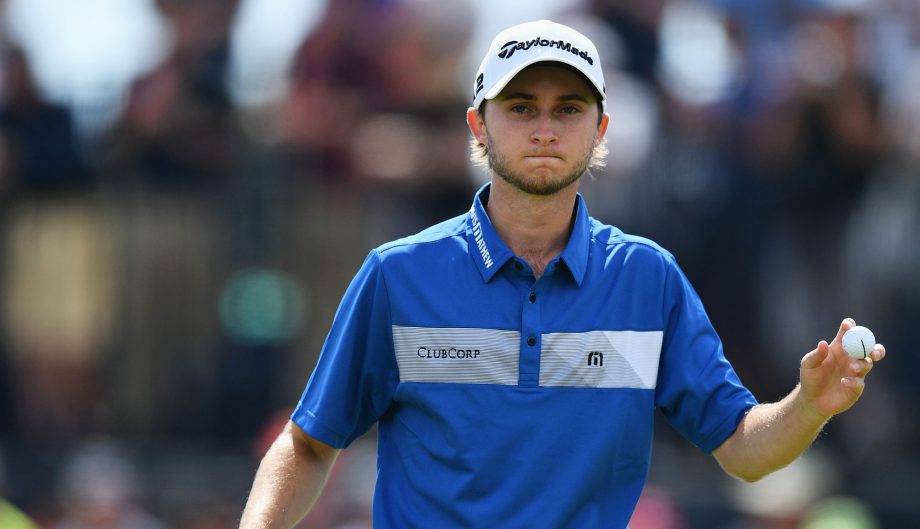 Austin Connelly had a chance to return to Canada as somewhat of a folk hero after his tie for 14th at last week’s British Open, but for now his priorities remain across the Atlantic.

Connelly, who is trying lock up status on the European Tour for next year, decided to decline an invitation from Golf Canada to be part of the Canadian Open field this week.

Instead of heading to Glen Abbey Golf Club in Oakville, Ont., Connelly will be in the field at the Porsche European Open in Hamburg, Germany, as he tries to lock up a place to play for 2018.

The Canadian Open would be nothing more than a one-off PGA Tour start for Connelly, though he said it was a tough choice.

“If I had finished tied for sixth (or better) I would have been on that charter, because I really would have loved to be there,” Connelly said.

The 20-year-old was born in Irving, Texas, but started playing golf at the Clare Golf and Country Club in Comeauville, N.S., when he would visit his grandparents in the summer months. He’s still a member there.

Connelly, whose father, Bill, was born in Toronto, holds dual-citizenship and has been a part of Golf Canada’s National Team in the past. He also represented Canada at the Pan American Games in 2015.

Connelly was disappointed to decline Golf Canada’s invite – he finished tied for 79th at the 2015 Canadian Open – because he said he feels the support of Canadian fans wherever he goes.

“You just don’t get that (kind of support) in other places,” he said. “Honestly they are the best fans in the world. It doesn’t matter where I am. I’ve got so much support in Nova Scotia and just so many close family members and friends. They’ve supported me so much over the years. It’s nice to represent them and try to make them proud.”

“It speaks to the depth of Canadian golf that there’s someone not a lot of people know who can finish tied for 14th at the British Open,” said Applebaum. “It was a spectacular result, and a coming of age moment for him. This kid showed composure and excellence in one of the toughest tests of golf.”

Connelly’s Texas connections are strong as well. He’s good friends with fellow Texan Jordan Spieth, who went on to win the British Open on Sunday.

Connelly and Spieth played a practice round together last week. Connelly said he had a feeling Spieth was going to win, and Spieth told reporters he thinks Connelly has a “killer instinct.”

“He’s a guy that’s not afraid of the moment, as you can tell,” Spieth said. “And it will only be a matter of time before he breaks through.”

Connelly said hearing those words just prove what kind of guy Spieth is.

“It’s obviously nice to hear those kinds of words come from him. He’s a good friend, a really nice guy, and it gives you confidence moving forward,” Connelly said. “He’s a great ambassador and a great person to learn from. It’s nice to have him around and be able to watch and learn.”

Despite the PGA Tour’s elite status, the 20-year-old Connelly wants to enjoy all that the European Tour has to offer, even if it means skipping a tournament he loves at a golf course he enjoys playing.

“It’s been incredible to experience all these incredible countries and golf courses. Everything about (Europe) has been immaculate,” he said. “I’m very content with being in Europe right now. I’m very close to locking down my European Tour card for next year and that would be incredible.”

After this week’s European Tour event in Germany Connelly will return to Texas for a few weeks before potentially making a PGA Tour appearance at the Wyndham Championship in North Carolina in mid-August.