Canada’s Austin James advances to round of 32 at U.S. Amateur 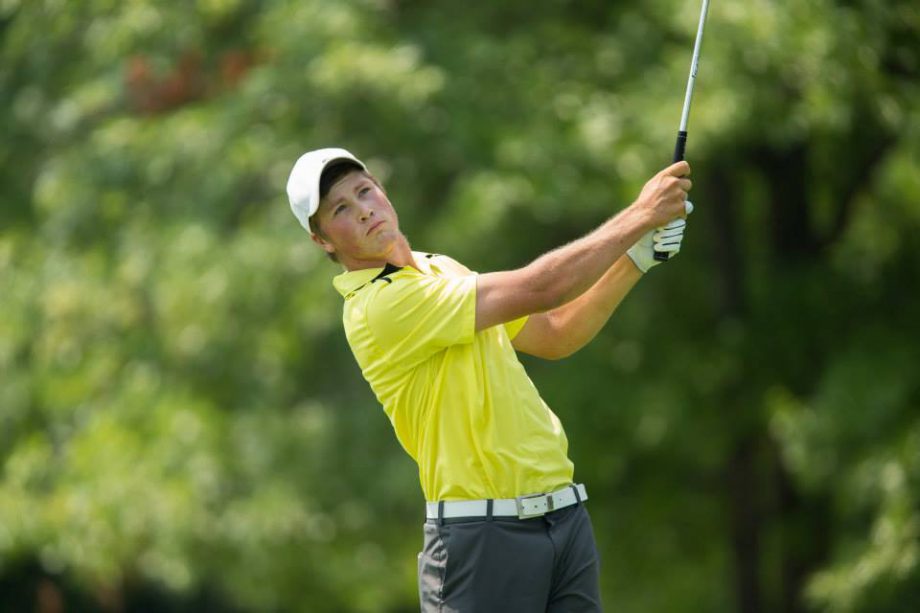 OLYMPIA FIELDS, Ill. – Bath, Ont., native Austin James has emerged as the lone remaining Canadian in the field at the U.S. Amateur after winning his round of 64 match on Wednesday.

James, a junior at Charleston Southern University, jumped out to an early two-hole lead, keeping up the pressure for a steady 4 and 3 victory over Miller Capps of Denver, N.C.

The 19th seeded James is set to face-off against No. 51 seed Denny McCarthy of Rockville, Md., who currently sits as the No. 10 ranked amateur on the World Amateur Golf Rankings (WAGR). The match is scheduled to begin Thursday morning at 9:10 a.m. CDT.

Canada’s Pan-American Games duo of Austin Connelly and Garrett Rank both ran out of steam in their matches at the Olympia Fields Country Club.

Connelly, a dual-citizen, was involved in a thrilling back-and-forth affair with Maverick McNealy of Portola Valley, Calif. The National Amateur Squad member found himself quickly down four through seven holes. He erased the deficit not long after, squaring the match with a birdie on the par-4 11th. He held the lead shortly on the 14th hole before carding back-to-back bogeys, leaving McNealy with the 1-hole victory.

Despite holding a 2-hole advantage through five holes, Elmira, Ont., native Garrett Rank could not hold off Sepp Straka of Valdosta, Ga., who took advantage of three consecutive bogeys by Rank on the back-nine for the 3 and 2 victory.

The championship will run six rounds of match-play, concluding with a 36-hole final on Sunday.