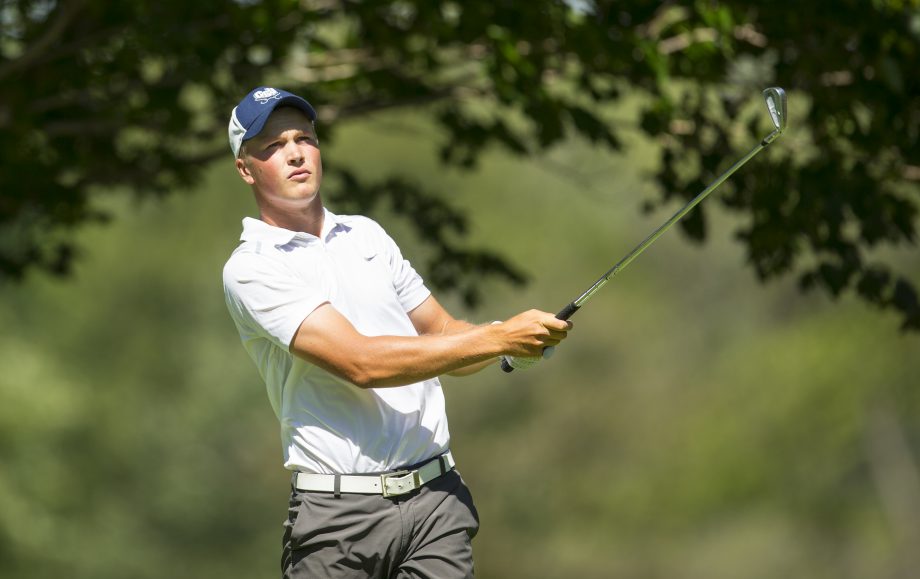 The Bath, Ont., native started out the day squaring off against American Denny McCarthy in the morning’s round of 32. James came out of the gate hot, winning five of the first six holes to put the pressure on McCarthy, who currently holds the No. 10 rank on the World Amateur Golf Rankings (WAGR).

The Charleston Southern junior lost some momentum with a string of four consecutive bogeys, before bouncing back to close out McCarthy with a 3 and 2 victory.

James kept his foot on the gas in the afternoon’s round of 16 match against No. 3 seed Jake Knapp of Costa Mesa, Calif. They traded shots back-and-forth all match, with James holding a slight one-hole advantage at the turn.

The match was squared after a Knapp birdie on the par-4 11th before James took advantage of two bogeys to earn the 2-up victory.

James is gearing up to face No. 22 seed Sean Crocker of Westlake Village, Calif., who is coming off a 20-hole victory. The match will begin at 1:30 p.m. CDT.

The championship will run three more rounds of match-play, concluding with a 36-hole final on Sunday.