Canada’s Brad Fritsch is a shot back at Wyndham Championship 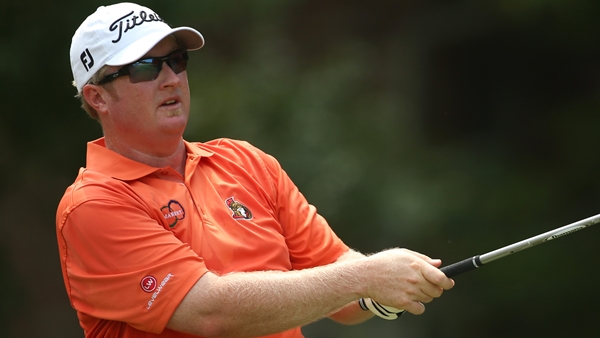 GREENSBORO, N.C. – Not many players birdied the tricky final hole at the Wyndham Championship on Saturday.

Nick Watney did to top leaderboard.

Watney made a 20-foot birdie putt from the right edge of the green on the par-4 18th for a 5-undee 65 and a one-stroke lead. The five-time PGA Tour winner had a 14-under 196 total with only one bogey through three trips around Sedgefield Country Club.

“I’ve been trying to keep it pretty simple – a lot of fairways and greens, and I’ve been able to do that so far,” Watney said. “I’m super excited about going into tomorrow with the lead. … I’m looking forward to everything that comes with it, all the emotions and wanting to do well and whatnot. Learning how to handle that is a big thing, and I’m looking forward to the challenge.”

Brad Fritsch was second after a 65.

Freddie Jacobson and second-round co-leader Heath Slocum were 12 under. Jacobson shot a 66, and Slocum had a 68.

Former Wyndham winners Brandt Snedeker and Webb Simpson joined second-round co-leader Scott Langley at 11 under in the final event of the PGA Tour’s regular season. Snedeker and Simpson shot 66, and Langley had a 69.

Fritsch was the first to 13 under, but Watney joined him with a birdie on the par-5 15th – his second of the week on that hole.

Then came the sequence that gave him sole possession of the lead, and it came on the second-toughest hole of the day.

Watney plopped his fairway shot from 180 yards onto the right edge of the green, then calmly rolled in his putt for just the fifth birdie of the day on 18.

“It’s a hard hole as it is, and they put the pin on that back right little knob,” Watney said. “It’s a bonus and I’m very happy with it.”

That put him in great position for his second top-10 finish of the year and his first victory since he won The Barclays in 2012.

Fritsch – a Canadian who played college golf at Campbell and lives in the Raleigh suburb of Holly Springs – said he asked the officials at the first tee to announce him as a North Carolinian.

“Just so people would know (and) get a little focus off Webb and a little onto me,” Fritsch said with a laugh.

He made it to 13 under when he birdied the par-3 16th after placing his tee shot about 15 feet from the flagstick.

Fritsch, who is playing his second full season on the PGA Tour, put himself in position to challenge for his first victory on tour and his third top-10 finish.

He’s also got a shot at making the postseason after arriving at Sedgefield at No. 163. The top 125 qualify for The Barclays next week in New Jersey.

He came to this tournament last year at No. 128 last year but missed the cut – and the playoffs.

Andres Romero had the day’s best round, a 64, and Kevin Foley and David Toms each had holes-in-one. Foley aced the par-3 12th with a 5-iron a few minutes before Toms did it on the par-3 seventh.

But so far, the story at Sedgefield has been its tight leaderboard. Thirteen players were within three strokes of the lead.

“I assume that when I tee off, I probably won’t be in the lead or tied for the lead,” Watney said. “So it’s not like I’m protecting anything tomorrow. Just more (of) the same.”

When the second-round co-leaders finally teed off midway through the afternoon, four other players had already joined them atop the field at 10 under.

And by the time the Slocum-Langley pairing had finished its 10th hole, there were five players – including those two – sharing the lead at 12 under.

That didn’t even include Jacobson, who began the day two strokes behind the leaders but made a short, quick rise to 12 under with four straight birdies on his front nine. He fell back with a bogey on the 11th.

“You never like being two back with 10 other guys,” Snedeker said. “You know what you’re going to have to do. You have to go out there and shoot good tomorrow. The great mentality, go out there and be aggressive and don’t hold back. Give it everything you’ve got.”