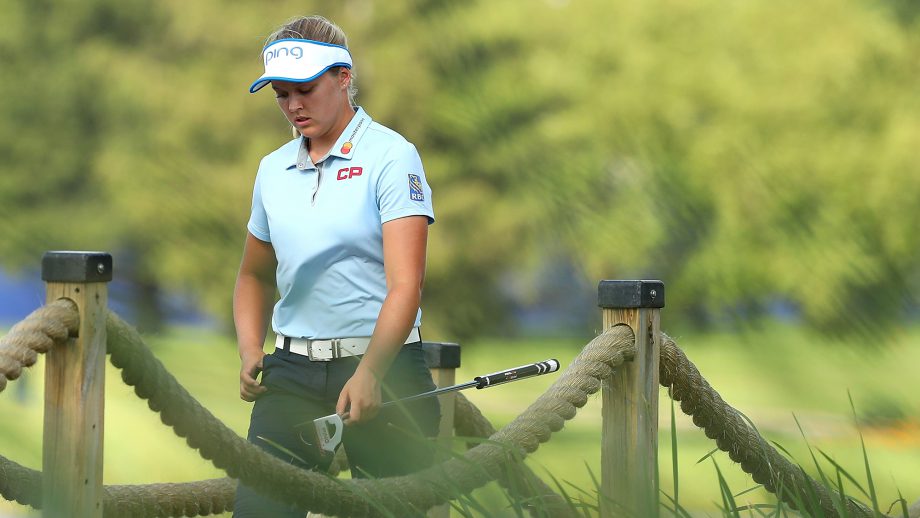 WINNIPEG – Brooke Henderson is looking forward to some much-needed time off and then returning to the golf course with a “vengeance.”

After the Canadian star failed to hang on to her final-round lead and finished third at last weekend’s LPGA Tour Marathon Classic in Ohio, she planned to spend some time at home before getting ready for the British Open on Aug. 2-5 in England.

“It’s so important to be physically ready but also mentally,” Henderson said Tuesday after headlining a pro-am and junior clinic at the St. Charles Country Club in Winnipeg.

“And, especially in the summer months when it’s so hot and you’re grinding every single day. It is tiring and you have to really pay attention and know that rest is just as important.

“So I’m excited to kind of have some downtime, get some rest and be balanced, and then get back at it and work hard. I feel like it’s good for you to kind of refresh and then go forward with a vengeance.”

Her break actually got off to a bit of a rocky start as two flights to Winnipeg out of Toronto were cancelled Monday night. She arrived Tuesday morning and the event was a hit despite some scheduling changes.

“It definitely does bring back a lot of memories,” Henderson said. “I think it kind of gives me that lift as somebody else was mentioning earlier, just that kind of little extra boost, that little extra confidence that I am on the right track, I am doing things the right way.

“I’ve just got to keep moving forward and good things are going to happen.”

Good and bad things happened to the Smith Falls, Ont., native last Sunday, but after assessing her play she was letting the disappointment of not claiming a seventh Tour victory roll off of her.

The 20-year-old still had a one-shot lead after the 14th hole, but then bogeyed the 15th and 16th. She made par on the 17th and 18th par-five holes, but missed out on a playoff that was won by Thidapa Suwannapura of Thailand over American Brittany Lincicome.

“Leading up to that, I played amazing golf all week,” Henderson said. “The four holes kind of don’t give the respect to those other holes that much but I was playing great.”

She had believed her final putt was bang on.

“I thought it was in, to be honest,” she said. “It’s right where I thought and it just stopped breaking, I guess a foot or two to go.

“But that’s all you can do. I hit it on the high side. It had a chance to go in. It looked awesome and, unfortunately, it just didn’t go in and that’s cool.”

Henderson is sixth in earnings after taking home $843,597 this year, following seven Top 10 finishes in 18 events, including winning the Lotte Championship in April. Her six career Tour victories is two shy of Sandra Post’s record for the most by a Canadian woman.

She plans to continue working hard on improving her short game.

“Putting has been a huge focus for me over the last few months, I guess since the start of the season,” she said. “That’s where I’m trying to make big gains.”

Her break will also include important time off with her family.

“This year definitely has been challenging for my family,” said Henderson, who withdrew from last month’s U.S. Women’s Open after her grandfather on her mother’s side passed away.”

“My other grandpa is sick now, too, and it’s really kind of scary. But I feel like I’ve been handling everything, the ups and the downs, pretty well.”

“I’m just trying to overcome those things and hopefully get some more wins in the near future.”